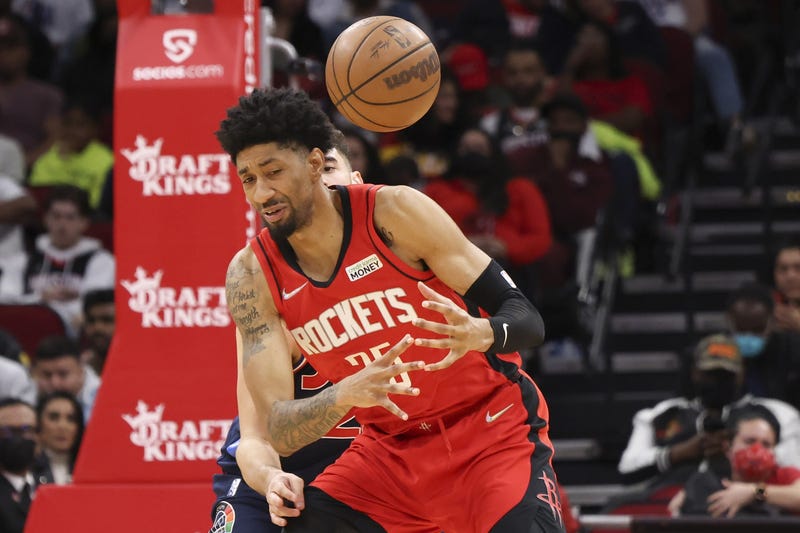 HOUSTON (SportsRadio 610)- After the Rockets' 111-91 loss to the Philadelphia 76ers on Monday night at Toyota Center, the team’s 11th in 12 games, Rockets head coach Stephen Silas lamented his team’s lack of energy for the second time in a span of four days.

“It didn't seem to me that we had much juice tonight as a group,” Silas said. “We didn't have much pop. That probably had a lot to do with last last night, but it was back-to-back, you got to play.”

Silas’ team was blown out by the Minnesota Timberwolves 24 hours prior. Monday concluded the Rockets' eighth back-to-back of the season, but the last six have come over an 18-game stretch that has covered calendar 32 days.

“That is a lot (of games) for sure,” Rockets center Christian Wood said.

While noting the Rockets' schedule has been unforgiving, Wood refused to use it as a crutch for Monday’s poor result, but Silas was more charitable.

“We're pretty worn out, it seemed to me,” he said. “I think it was a couple games ago that I had mentioned after the game that I felt like it wasn't that we weren't trying hard, it's just our energy was low, and again tonight I don't think we didn't try, it's just our energy. We don't we don't have enough.”

The Rockets are now one of four teams to have hit the 42-game mark this season, so with five rookies and only a handful of guys who have experienced a full 82-game season, it’s natural to assume a wall has been hit, but the players aren't making that excuse.

“I don’t believe in a rookie wall,” Rockets guard Jalen Green said. “It’s either a bad day or a good day. You’re gonna have highs and lows in basketball. That’s all part of the game."

Monday’s game against the Sixers was originally scheduled for January 24, but due to game postponements as a result to the NBA’s COVID outbreak, the league had to shuffle its schedule. The good news for the Rockets is that things ease up considerably. It will be more than a month before they have to play their next back-to-back, and has just 13 games scheduled over the next 34 days.