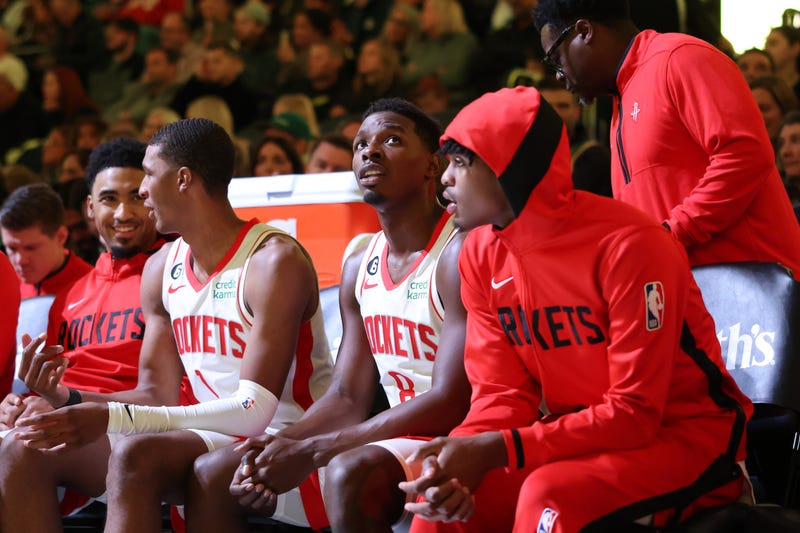 HOUSTON (SportsRadio 610)- As the Rockets fell to 2-12 on the season with Monday’s 122-106 loss to the Los Angeles Clippers, Jae’Sean Tate watched from the bench with a boot on his right foot. A sprained ankle suffered in training camp has limited Tate to just three games this season, and his absence has been noticed.

“That’s our leader,” Rockets guard Kevin Porter Jr said. “We’re missing our leader. Everyone knows what a leader is to a team. He’s probably, if not the most, the second most valuable piece to this organization, so he’s our leader, and we need him back.”

It will be awhile before Porter and the Rockets get Tate back on the floor after head coach Stephen Silas said Monday the team will wait two-to-three weeks before re-evaluating his ankle, meaning he is likely to miss at least another month. The 27-year old is only in his third NBA season, but that makes him old and grizzled when compared to the rest of his teammates.

“He's definitely one who I miss having conversations with during the game or the one who pulls the guys together at the free throw line and gets them organized or right or calms everyone down,” Silas said.

The Rockets aren’t just missing Tate’s intangibles, they are also missing his skill set. Arguably the team's best defender, he’s played all five positions at some point during his first two seasons with the Rockets, and Silas points to not having Tate on the floor as a reason why they have the NBA’s worst turnover rate.

“There's times where we let him be the point guard, and his man is playing all the way off of him, and he's a very good decision maker. He can make the little handoffs or keep and go and make the right plays, so although he's a third-year player, he's a vet for us and experienced guy who we sorely miss on both ends of the floor.”