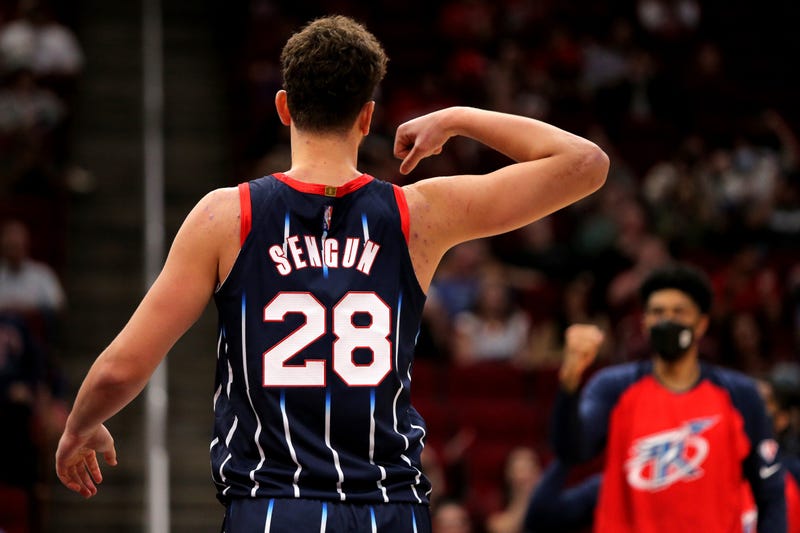 HOUSTON (SportsRadio 610)- Over the course of the Rockets four-game winning streak, Stephen Silas all but shelved his lineups that featured two big men, but with the Rockets holding on to a 105-100 lead over the Orlando Magic with 6:40 left to play Friday night, he found himself in a conundrum.

It was time to get his best player, center Christian Wood back on the floor for the game’s closing stretch, but his backup, rookie Alperen Sengun was playing great. It posed a question to the Rockets coach: Do you ride the hot hand, or go back with your guy? It was the classic difficult decision.

Silas elected to go with option number 3: He played both, and while the results were mixed on Friday, it could be a sign of what’s to come for a Rockets team that has won five in a row after Friday’s 118-116 win over the Magic.

“They’re both very skilled, and they’re both very good with the basketball,” Silas said. “And to have two guys out there that can rebound when we’re struggling on the board, yeah (we can use that more often).

During the Rockets 1-16 start to the season, the team was outscored by 26 points in the 140 minutes Wood and Sengun shared the floor, which led to a -11.3 net rating. They played just two minutes together in the first four games of the Rockets win streak, before their five-minute stretch in the fourth quarter.

“It was a little iffy,” Wood said, noting the two haven’t played together much in the last week. “Something to get used to, but we’re walking on it in practice, but overall, Al-p’s ability to see the floor and for me to play off him and guys to play around him is magnificent, and his ability to pass and find guys is amazing, so I don’t think it’s a bad thing when me and him play together.”

The Rockets were outscored by four in the five minutes Wood and Sengun played at the same time, but the lineup showed flashes. Garrison Mathews drained his free throw after Wood checked in, completing a four-point play, and two possessions later, he knocked down another three, with an assist from Wood, though it was aided by Sengun, who orchestrated the whole play.

The Rockets were able to build their lead up to 13, before the offense stalled. Orlando scored nine straight points, which forced Silas to return to his small lineup by subbing out Sengun in favor of Danuel House Jr.

On Friday night, the Wood, Sengun duo was outscored by two points it showed flashes of being a combination that could work, and with Jalen Green out for at least the next week and Kevin Porter Jr’s status up in the air there could be an opening for Silas to go to it more, especially when the Rockets are facing teams who will force them to play bigger.