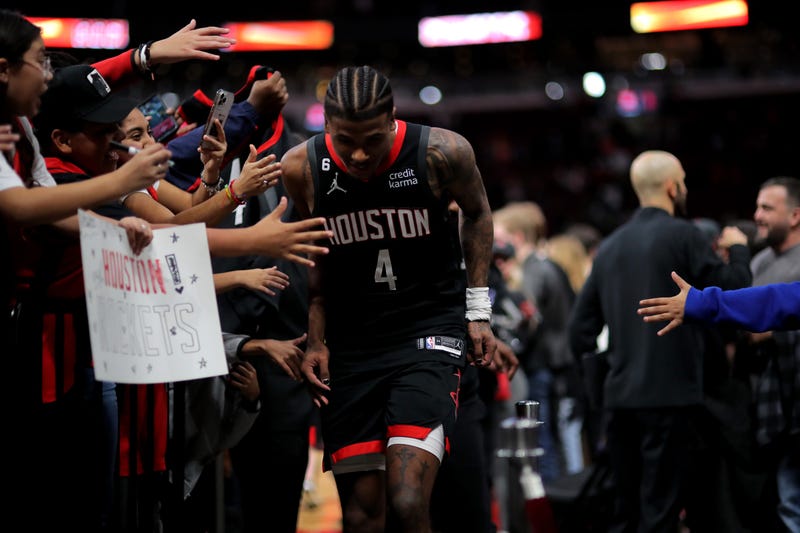 HOUSTON (SportsRadio 610)- It would be natural for a young group to drop their energy level and focus and play flat after Friday’s emotional win over the Hawks, but the Rockets didn’t do that. Instead, they authored one of their better 48-minute performances of the season by beating the Thunder 118-105 on Saturday night.

“The way that we fought back in last night's game, we didn't have a dip in energy at all,” Rockets head coach Stephen Silas said after Saturday’s 118-105 win. “We played with really good intentions, as far as what we're trying to do with the game plan, on both ends of the floor, so that is a sign of maturity if you're able to do that.”

After Oklahoma City scored the game’s first bucket, the Rockets scored nine straight points and led 14-4 when Jalen Green hit his second of six three-pointers of the night. The Thunder answered with a run of their own to take a 22-20 lead, but Eric Gordon’s three with 2.8 seconds left in the first quarter gave the Rockets a lead they would never relinquish.

“I think we’re just tired of losing in general,” Green said. “We’re coming together, all buying in at the defensive side, and I think that is what’s helping us out.”

What impressed Silas about Saturday’s win was his team’s ability to grow its lead. A one-point lead after one quarter turned into a 21-point lead at halftime, and 25 after three quarters. The Thunder scored the game’s final nine points to make the game look a little closer than it actually was.

“We haven’t played from ahead,” Silas said. “So we gotta learn from this and what it takes to keep it going in the right direction and not have (the lead) go down to 12 (points) like it usually has, so we did a good job.”

Saturday’s win improved the Rockets to 5-14 on the season. They’ll hit the road for four games starting with a pair in Denver.