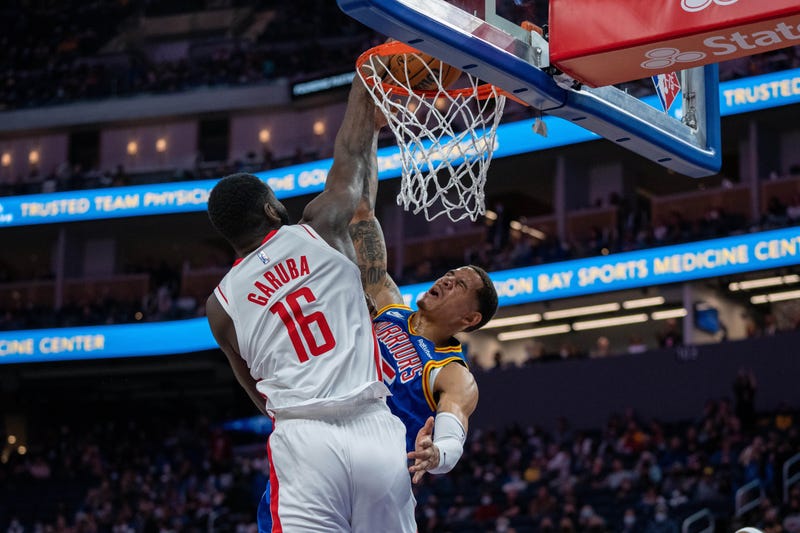 “They liked what he was doing down there,” Silas said.

Garuba’s minutes were limited to garbage time with the Rockets, but with the Vipers he played 23 minutes per game and averaged 8.6 points on 76 percent shooting and 10 rebounds.

“Three things that we wanted to focus on are, get comfortable with what we're doing, rebound the ball and really, really just be a good stalwart defender.”

Defense was what Garuba was known for when the Rockets drafted him with the 23rd pick of July’s draft. Rockets general manager Rafael Stone went as far as to call Garuba the world’s best defender not in the NBA. The team knows that part of his game will always be there, but they wanted him to use his time in the G-League to work on other aspects of his game, and Silas said Garuba was able to do that for the two weeks he spent down there.

“He's playing with great energy, and learning where he fits in and rebounding the ball and being the defender that he is.”