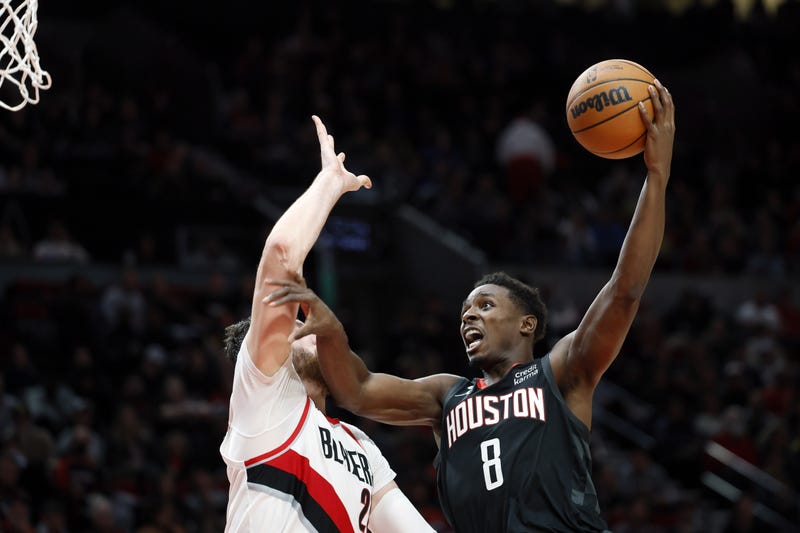 HOUSTON (SportsRadio 610)- Rockets forward Jae'Sean Tate did some work on the floor before Saturday's game in San Francisco, and on Monday, he took another step towards returning to action.

Tate missed the first four games of the season after suffering the injury during training camp, he played in three games, only to re-aggravate his ankle on October 30 in Phoenix, which has kept him off the floor since.

The Rockets signed Tate to a three-year, $22.1 million contract over the summer. He averaged 11.6 points and 5.4 rebounds per game in his first two NBA season, playing in 148-of-154 games.