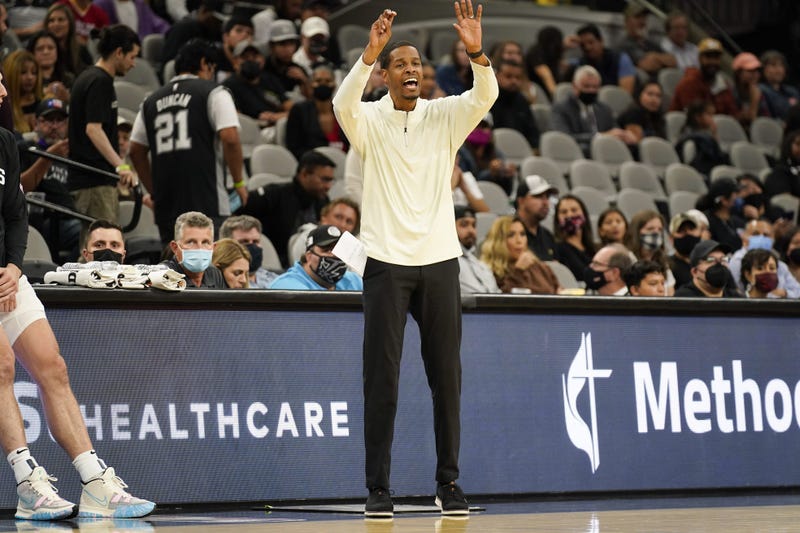 Silas was an assistant when Wood was trying to earn a spot on the Charlotte Hornets five years ago, and Wood has said Silas is the reason he decided to join the Rockets in free agency last Novemeber, so if anyone could notice a difference in the Rockets coach heading into his second season, it would be him.

“He’s come with a different approach from last season,” Wood said on Tuesday. “It starts with his coaching in terms of him being more direct with what he wants from us. In terms of telling everyone their roles and what he wants to see from everyone on the floor. He’s been great for us.”

Silas took over a veteran-laden team where Wood was one of the young, inexperienced guys, but after a complete roster reconstruction, the Rockets will enter the season with six players 21-years old or younger with Wood remaining as a veteran presence, and if he is carrying himself any differently that would be why.

“I think it's necessary to be direct,” Silas said. “Some guys more than others, but I think this year, especially with our young guys, there is very little gray. With older guys, there's a little bit more nuance.”

Another reason Silas’ approach may be different this season: He’s growing more comfortable in the job of being an NBA head coach.

“Last year I was trying to get my feet wet and trying to figure it out a little bit, and now I feel like, I haven’t figured it out by any stretch, but I’m further along than I was this time last year.”