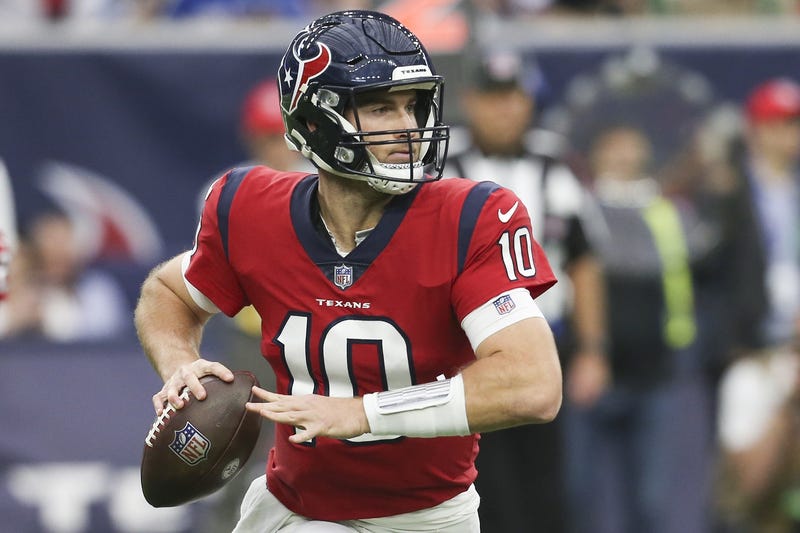 HOUSTON (SportsRadio 610)- It had been five weeks since Davis Mills last appeared in a game when he was called on in relief of an injured Tyrod Taylor, but he looked more comfortable running the Texans offense, despite the lack of reps.

You could tell in his eyes, his belief in this offense,” Texans center Justin Britt said. “He's confident in what he has to do. He commanded the offense and did all he could to get us in the endzone."

Mills could not get the Texans in the end zone or even the scoreboard, but he did help them move the football. The Texans failed to drive into Colts territory in Taylor’s seven possessions, but Mills led a 42-yard drive the first time he touched the football, but it stalled at the Colts 40-yard line.

A left wrist injury forced Taylor out of Sunday’s game after the Texans first drive of the second half. It’s not his throwing wrist, but Texans head coach David Culley said he was unable to grip the football. Mills said it’s not easy entering a game when he did, but he was ready.

“As a quarterback, now I’m a better player than I was earlier in the season,” he said. “I think I was, I won’t say more prepared, but I know more of the offense now, being in it for longer, so I think the comfort builds as you gain more playing experience out there.”

Mills, a third round pick out of Stanford in the 2021 draft, completed 6-of-14 passes for 49 yards, while Taylor finished 5-of-13 for 45 yards with an interception.