(SportsRadio 610) - When the Texans selected Jalen Pitre in the second round of the 2022 NFL draft, they already knew they were getting a seasoned defender.

The first thing he did after the Texans called his name was reach out to Texans safety Grayland Arnold, a former teammate of his at Baylor, and dove head first into the playbook.

Pitre said that kind of dedication, ability to process information and love of the game is what has allowed him to be so confident and vocal on the field already as a rookie.

“You've got to know what you're doing in order to speak up," Pitre told reporters Wednesday. "I take that very serious, and like I say, I'm always trying to help my teammates out in order for us to get an interception here or get a punch-out there. I'm always trying to do what I can to help out my teammates. Learning the playbook is the start to that, so that's kind of why I asked Grayland initially."

That type of professionalism and work ethic has already started to earn the Texans' rookie high praise from some of his teammates in camp and that’s not something Pitre takes lightly. 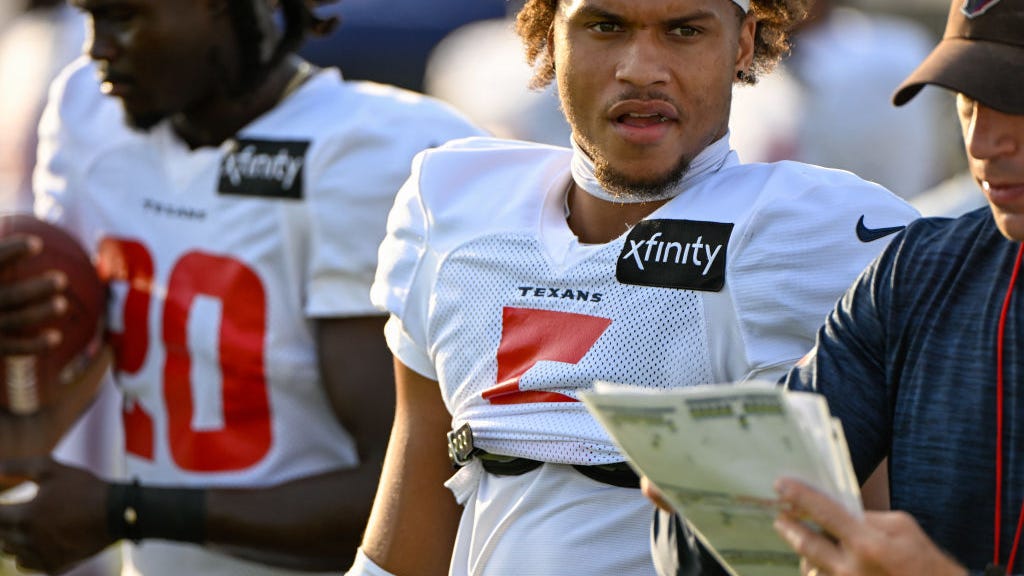 “It means the world to me. I'm trying to gain those guys' respect and I'm trying to show them that I belong," Pitre said. "That's big that they feel like I'm doing a great job, but I want to continue to grow and continue to match their intensity."

The former Baylor standout hasn’t always played safety. In fact, upon joining the Bears football team out of Stafford High School, Pitre played linebacker his first three years with the program, playing in all 12 games as a true freshman, including eight starts.

After playing in 13 games for the Bears in 2018, then redshirting the following season with a shoulder injury limiting him to only four games, Pitre transitioned to a safety/linebacker hybrid position with the Bears for the 2020 season.

Of course, he continued to gain national notoriety in 2021, leading the Bears with 18 tackles for loss, including two interceptions, seven breakups in 14 starts, earning him Big 12 Defensive Player of the Year honors.

While Pitre is having fun doing what he seems like he was born to do, he’s anxious to get into a real NFL football game for the first time.

The New Orleans Saints will be the first team he plays against as the Texans open their preseason schedule up Saturday with a home game against the team from the Big Easy.

“I’m very eager," Pitre said. "I love the games. In practice you’re not able to hit and drive through a lot – finish a lot of plays. It would be great to go out there and compete with my teammates and run to the ball."

It’s uncertain how much Pitre or any other Texan will play Saturday, as they all have certain snap counts the coaches want to see from each player and group.

One thing seems certain though, Pitre will see plenty of the field so long as he remains healthy, as Smith might’ve let one slip last week when talking about prospective defensive starters.

Before backtracking a bit, saying they haven’t named starters yet, head coach Lovie Smith said last Friday that “Jalen is just blending in right now” and that “he’s one of the starting safeties.”

While they might not have officially named any starters to date, Pitre and fellow rookie cornerback Derek Stingley Jr. are listed as starters on Houston's unofficial depth chart.

Wide receiver Chris Conley is entering his eighth NFL season and second with the Texans. He's gone against Pitre and Stingley through offseason programs and seems impressed by both.

“You know, I think their confidence is one thing. When you come in as a rookie there's a lot of questions," Conley said. "A lot of things are flying at you. But they've been able to take the little information that they have and go out there and play confidently, like the role that they’re in has been their role, like they own it.

"Like for (Jalen) Pitre when he got out there, he played like he's been the starting safety here for years, and that confidence is something that's caught our eye, and he flies around and he's been making a lot of plays. The same goes for (Derek) Stingley. He's played with a lot of confidence."