(SportsRadio 610) - Since week one's fourth-quarter strip sack by Indianapolis Colts linebacker E.J. Speed, who beat Texans left tackle Laremy Tunsil on the edge in a communication breakdown to get to the quarterback, Davis Mills has not been the same.

Before that moment, Mills was dealing. He was 20-of-29 for over 200 yards, a pair of touchdowns and no interceptions. His passer rating was around 113.

But he's barely been an NFL caliber quarterback in the four and half quarters and overtime since then. 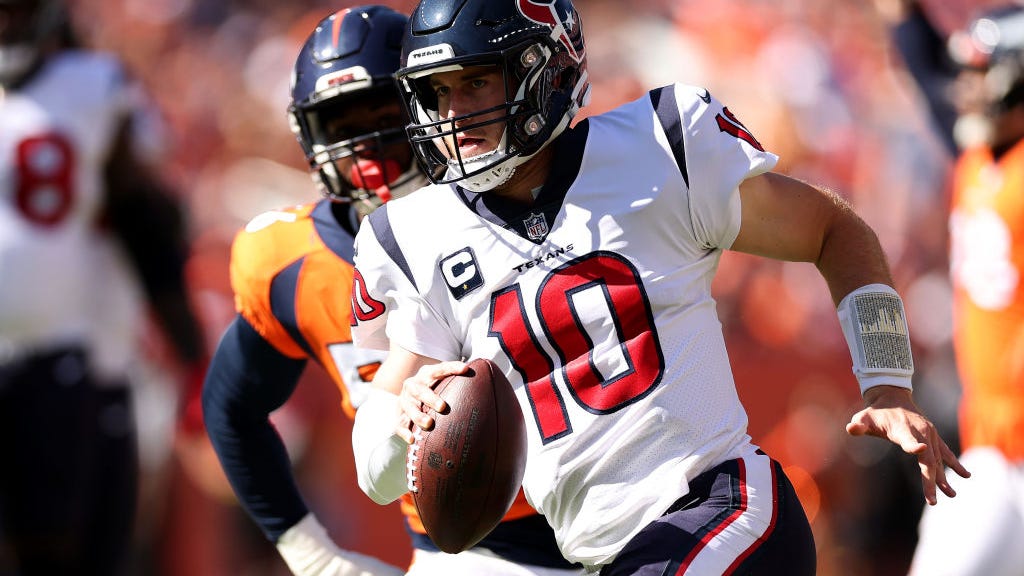 In the video above, Payne & Pendergast discuss Mills' struggles since the strip sack and how patience is key early in this second-year quarterback experiment.

They also react to Greg Cosell's optimism over Mills.