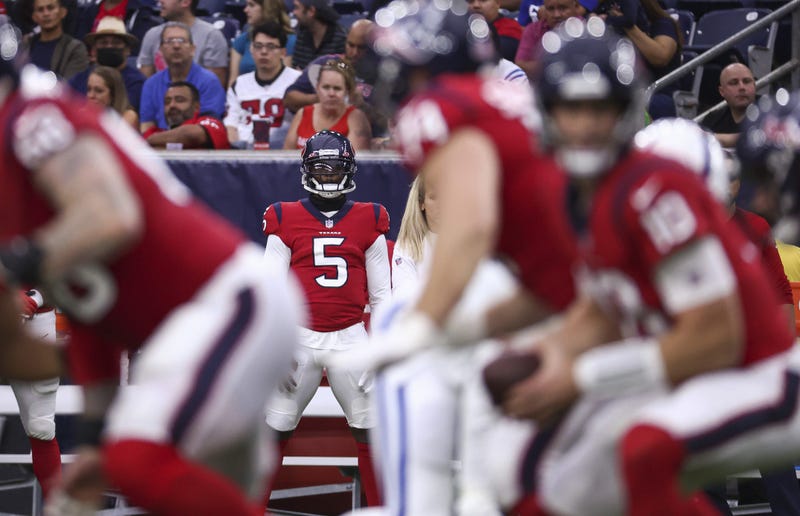 HOUSTON (SportsRadio 610)- The Texans expect Davis Mills to be their starting quarterback when they host the Seattle Seahawks on Sunday as Tyrod Taylor recovers from a left wrist injury, which puts his status moving forward as week-to-week, NFL Network reported on Monday.

Texans head coach David Culley during his Monday press conference that Taylor was getting an MRI and he'd announce a starter for Sunday's game later in the week, preferably by Wednesday.

Taylor was unable to grip the football after injuring his wrist in the third quarter of the Texans 31-0 loss to the Indianapolis Colts on Sunday. He was ineffective while healthy, completing just 5-of-13 passes for 45 yards with an interception that occurred on the game's first play. He failed to drive the Texans into Colts territory on any of his seven possessions.

Mills, playing for the first time in five weeks, engineered a 42-yard drive the first time he touched the football, driving the Texans to the Colts 40, though it stalled there. He completed 6-of-14 passes for 49 yards without a turnover.

Mills, a third round pick out of Stanford, started six games for the Texans after Taylor strained his hamstring week two in Cleveland. The team lost all six starts, and failed to find the end zone in three.