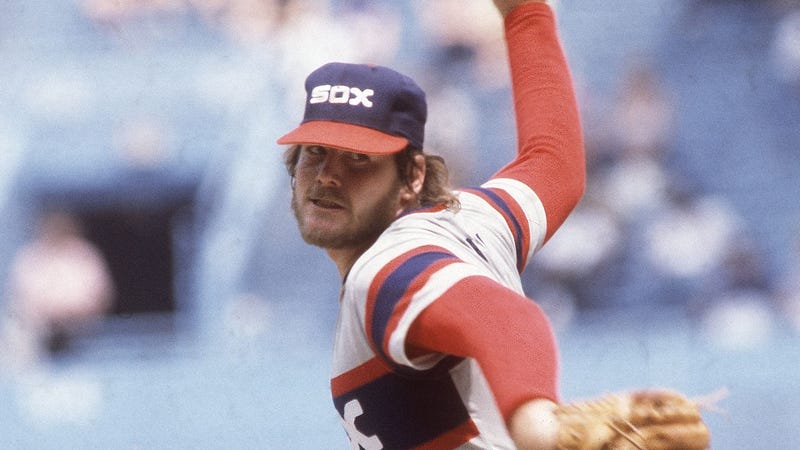 Earlier this week, the baseball community learned the sad news that former White Sox and Padres pitcher LaMarr Hoyt had passed away from a number of respected baseball reporters and personalities on social media.

So sad to hear this. LaMarr Hoyt won the 1983 Cy Young Award. Was one of my favorite players growing up. https://t.co/3LrHenWGGC

The White Sox then published a post on Hoyt on Wednesday, adding that he had died after battling with a lengthy illness. He was 66 years old.

Hoyt took home the Cy Young Award in 1983 for the White Sox, leading the league with 24 wins and carrying that strong play into the postseason. He dominated with a complete game, surrendering only one run, for the team's lone win of the ALCS. The year prior, he had also led the American League in wins (19).

Following the 1984 season, the White Sox sent him and two minor leaguers to San Diego, netting Ozzie Guillen, Tim Lollar, Bill Long and Luis Salazar in return. Hoyt then went on to earn his first All-Star nod with the Padres in 1985, with a 16-8 record and his typical pinpoint control on full display. In the All-Star Game, he dazzled against a very talented AL lineup.

Sad to learn of the passing of LaMarr Hoyt. He had some great years. Check out his 85 All Star Game. Faced these 11 batters in a row & gave up 2 hits & 0 earned runs:

The post from the White Sox was filled with thoughts and stories from his former teammates, coaches and family members. His oldest son, Mathew, spoke of how his days playing in Chicago were "without a doubt... the best years of his life." Tony La Russa, who began managing the White Sox the same year that Hoyt was promoted to the bigs and oversaw the club during Hoyt's whole stint, lauded the pitcher's competitive mentality.

"My first impression of LaMarr was, ‘Here is a pitcher’. He had average stuff but amazing command and tremendous confidence, and he never showed fear," La Russa said. "We brought him up to the big leagues in 1979 and nothing bothered him. He had this impressive cool where he believed if he made his pitches, he would get hitters out. He faced teams multiple times in a season but could change up his looks and keep them off balance.

"What a great competitor."