If you've never seen the animated cult classic movie "Eight Crazy Nights," you've never seen Adam Sandler's true ceiling on the basketball court. Sure, it's animated, but it has to be rooted in some sort of truth, right?

However, even if you haven't seen that inspiring piece of cinematic mastery — okay, it's not that good — you probably know that Sandler can hold his own on the hardwood. Just like how Kevin Costner knows what his doing out on the baseball diamond, Sandler's handles and shooting ability are about as good as it gets for a 5-foot-10 54-year-old.

Will Trae Young ever dish out an assist (:15 in) to someone more famous than Sandler? Doubtful... unless he somehow ends up with LeBron James at some point in his career. Is LeBron more famous than Adam Sandler to the general population, anyway? That's a tough question for another day.

Also, I'd have to think that a team featuring Sandler and Boban would have an unfair advantage, in that they could probably make opponents laugh throughout the game. That's a hilarious duo, right there. 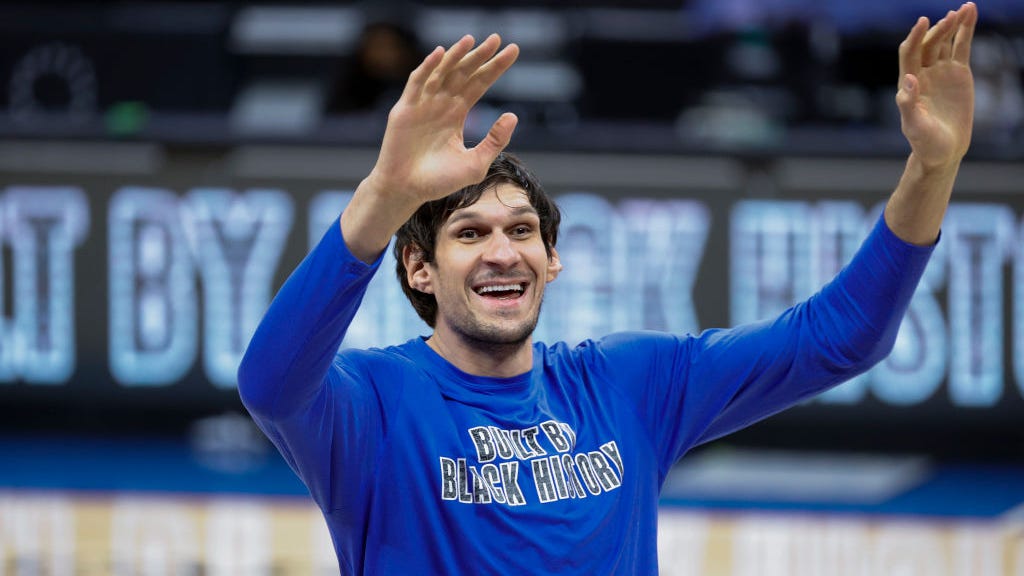 Farmer Boban Marjanovic is staying fit with some yardwork this offseason

According to the Philadelphia Inquirer, Sandler is making a new Netflix film based in Philly, and part of his casting process was bringing in basketball players to appear as extras. Could this little run with Trae, Tobi and Boban have been a sneak-peek at what's to come?