The last time the Detroit Tigers won a game by more than a dozen runs was on September 6, 2013, when Omar Infante's five-hit effort resulted in six runs driven in and two runs scored, with additional run production coming from Austin Jackson, Miguel Cabrera, Prince Fielder, Andy Dirks, Alex Avila and Ramon Santiago. That was... a long time ago. And considering the 2021 Tigers' most lopsided victory of the season entering Monday night was by seven runs, you wouldn't exactly expect this iteration of the team to completely blow an opponent out of the water.

But that's exactly what happened on Monday night, with the Tigers dropping 14 runs on 19 hits against the lowly Texas Rangers, who they also happened to shut out on the other side of the ball. In fact, it was such a massive defeat that the Tigers took to social media to troll not only the Rangers, but their NFL counterpart.

Now is a good time to remind you the Cowboys committed pass interference in the 2015 NFC Wild Card game and the refs missed that call.

And what was the motivation behind such a victory? Perhaps it was due to the fact that a very special guest was in attendance, a certain someone that the city of Detroit could be watching for a long, long time. We're talking about potential No. 1 overall NBA Draft pick Cade Cunningham out of Oklahoma State. Though it's not completely set in stone that he'll go first overall or that the Pistons will keep that pick, that seems to be the likeliest course of action, one that was cemented a little bit further based on the fact that Cunningham met with the team on Monday.

Sure everyone has seen the photos by now lol but Cade Cunningham is in Detroit and met with the Pistons, per sources.

It was after that meeting that Cunningham attended the Tigers game and enjoyed not only a thrilling victory by the home team, but an encouraging chant from the home crowd — and the prospect gave a little laugh of approval at the end.

If a 14-0 drubbing from the Tigers and an enthusiastic, welcoming fan base isn't enough to get Cunningham excited for his probable home, I'm not sure what will be. Fortunately, it doesn't seem like they need to do much else, seeing as ESPN's Jonathan Givony has already been told that Cunningham "would be very excited" about ending up with the Pistons (via Rob Goldberg of Bleacher Report).

Cunningham averaged 20.1 points, 6.2 rebounds, 3.5 assists and 1.6 steals per game in his lone campaign at Oklahoma State while raking in several accolades for his impressive play. Regarded as one of the brightest NBA Draft prospects we've seen in some time, the Pistons can safely assume a superstar is joining their ranks at a time when the team — and the Detroit sports community as a whole — could badly use just that. 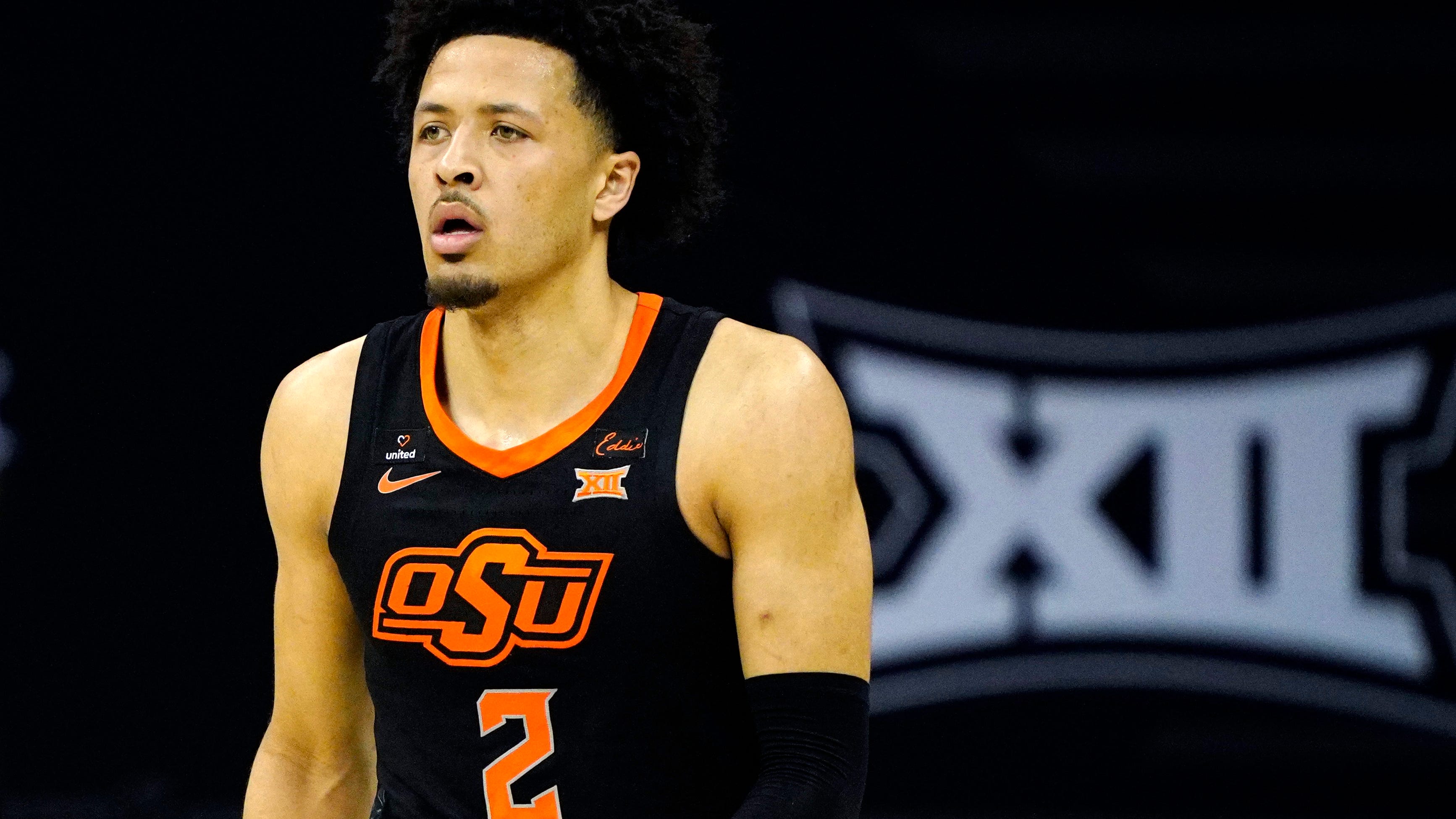