The Brooklyn Nets star point guard Kyrie Irving has had a lot of time on his hands after getting swept by his former team the Boston Celtics in the first round of the NBA Playoffs. During that series, Irving leaned heavily into the "supervillain" role, mocking Celtics fans every chance he got.

While live-streaming the video game 'Grand Theft Auto' on Twitch, Irving continued mocking his detractors, calling them “cockroaches" while giving some examples of the same "overused" jokes he hears on a daily basis.

The seven-time All-Star was flooded with messages from trolls in the chat, with most asking Irving why he was at home and not vacationing in Cancun. After Irving saw what was being said during his stream, he hilariously began impersonating his haters for ripping on him and the Nets.

“‘Go back to Cleveland, oh my God, Boston hates you, oh my God.' That’s how y’all sound to me, cockroaches.”

Kyrie sounds off on his trolls during a GTA Twitch stream

That's not the only topic Iriving touched on. Earlier on in the stream, the former No. 1 overall pick fired back at fans who claim he's "on drugs" for what Irving calls being a "woke black guy" and equated people's assumptions to racism.

“I hear it so often, and that has racist undertones to it. He has to be on drugs. This woke black guy has to be on drugs. Shut the f–k up. … I haven’t smoked not one thing. I haven’t taken not one drug. … That’s the prototypical response that you hear from someone that’s living a life in a shell, that don’t know s–t what’s going on.”

Kyrie “you must be on drugs” rant live on twitch pic.twitter.com/jkSUL3NsyF

Irving's history with Boston fans has been well documented. During Games 1 and 2 of the first-round series at TD Garden, Irving flipped off fans, (getting sequentially fined $50K for it) among other antics. 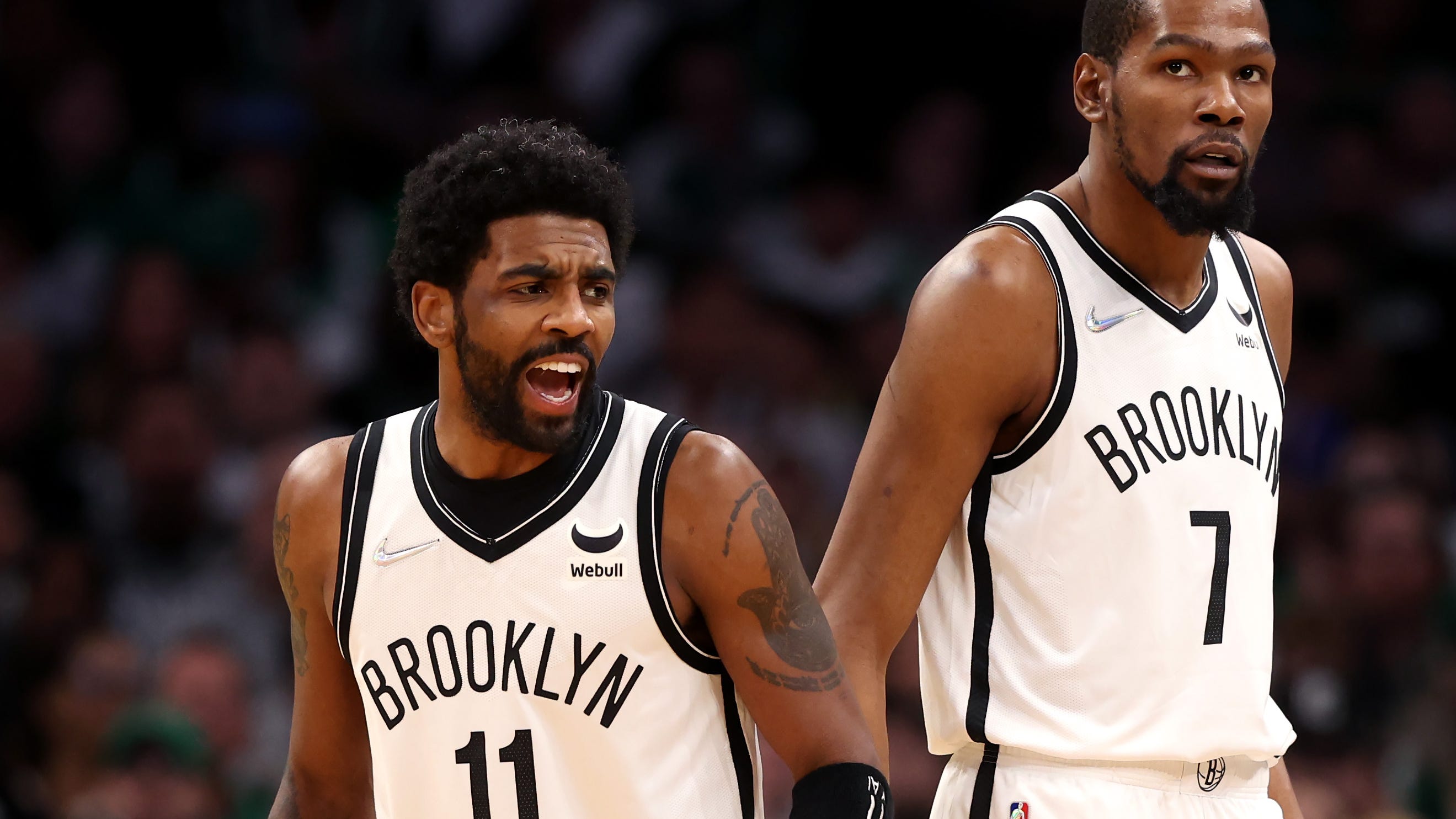 Irving played for the Celtics for two seasons before heading to Brooklyn in the summer of 2019. Irving also has a history of mocking Cavaliers fans and was in fact fined $25,000 in January after he was recorded telling a Cavs fan, “Got y’all a championship, mother------s still ungrateful.”

With the 2022 NBA Season nearing its conclusion, a lot of questions remain in the air on whether Irving will continue playing in Brooklyn. A report from SNY claims that the Lakers were interested in trading for him while he was put on ice for his refusal to take the COVID-19 vaccine. Could we see a potential reunion with his former teammate LeBron James? Only time will tell. 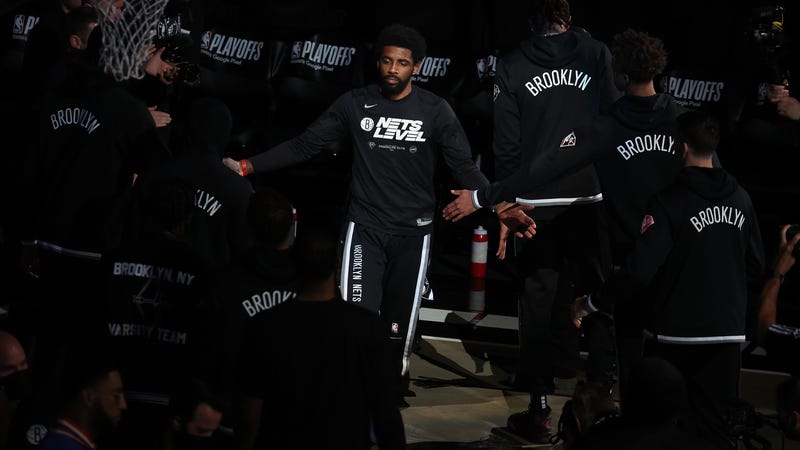 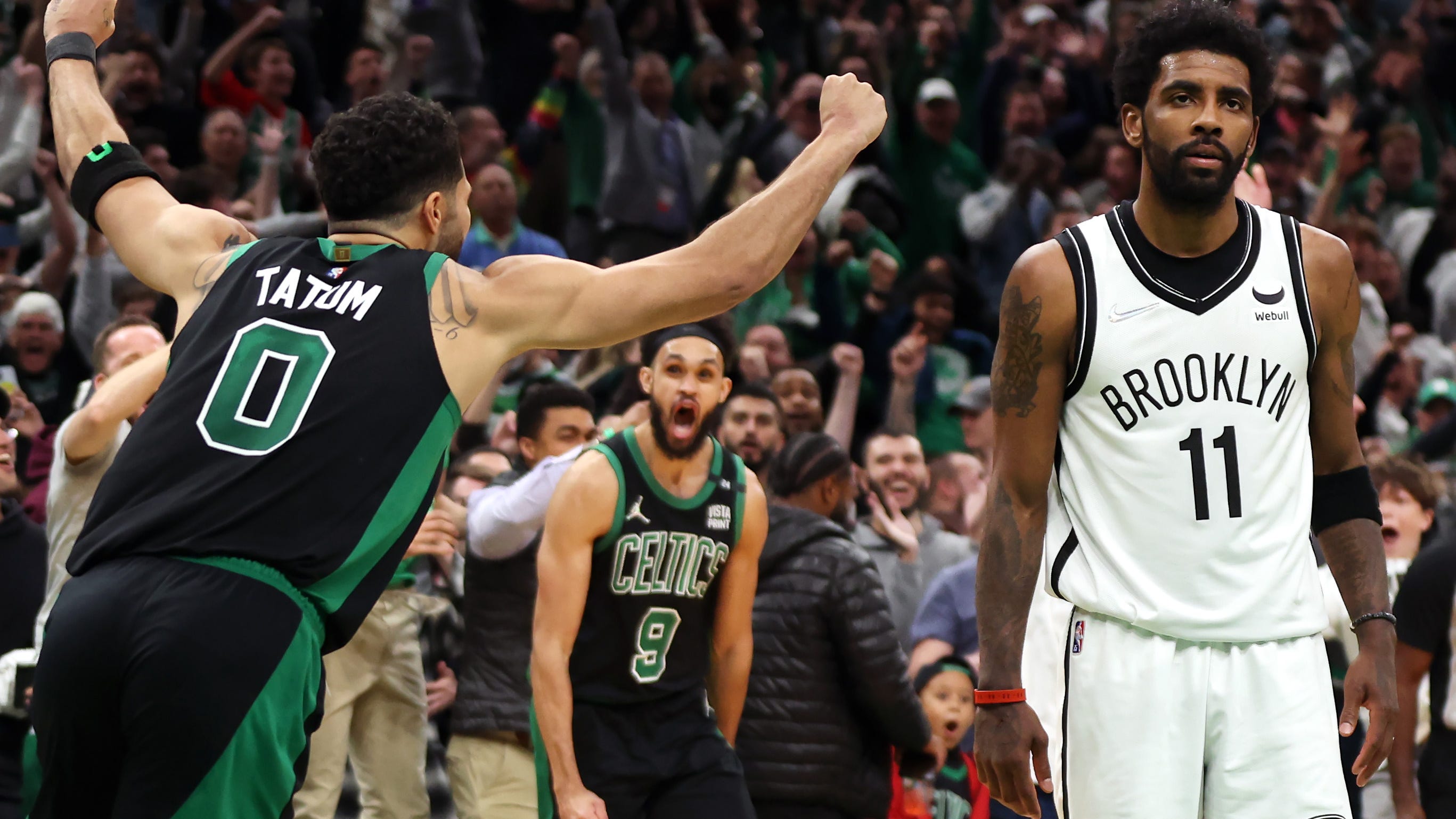 Kyrie Irving congratulates Celtics on four-game sweep: ‘Nothing but love’