The NFL's annual all-star game could soon be seeing a major overhaul.

This according to Ian Rapoport of NFL Network, who reports that the league is exploring ways to reinvigorate the flagging Pro Bowl -- including possibly eliminating the traditional game itself.

Instead the league seems to be focused on accentuating the talents of star players, potentially in showcase events.

Rapoport even floated a flag football game as "just one possible solution."

The reality is, the traditional Pro Bowl game is not what it should be. So, what else can be done? Would a flag football game with some of the NFL’s stars be better? That’s just one possible solution. https://t.co/IRQoVNET1I

Even in the context of declining interest in all-star games of all sports, the Pro Bowl has long been a relative afterthought compared to baseball and basketball.

There are logistical obstacles to a football all-star game being competitive, such as the relative lack of preparation and practice time.

There's also the obvious issue that in such a brutal sport, there's little incentive for players to jeopardize their careers in a meaningless exhibition.

A skills-based competition or showcase could solve both of those issues.

Skills competitions such as racing events are already part of Pro Bowl week, but they're not yet given top billing. But it sounds like that may be changing as the league mulls different ways to showcase its most exciting players.

Pro Bowl selections are decided by fan voting, while All-Pro teams are determined by press polls. 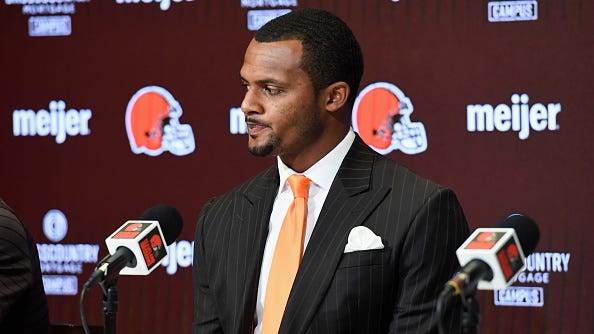