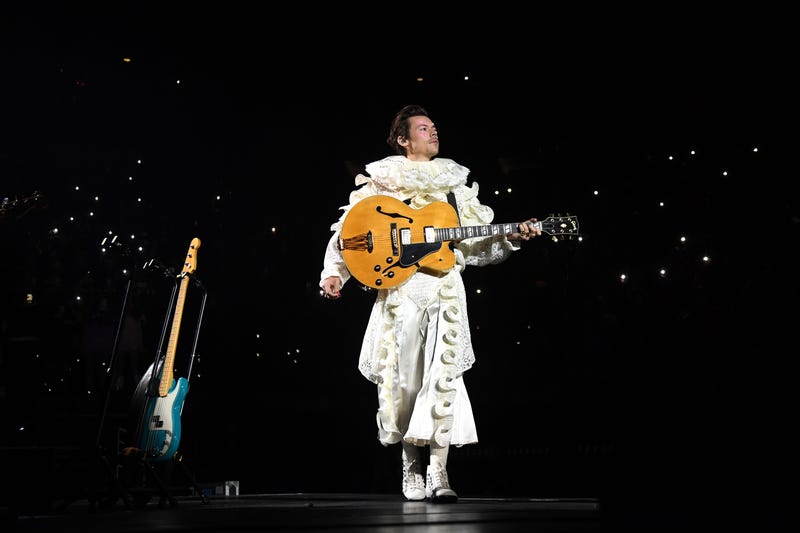 Sadly, Harry Styles’ “Love on Tour,” has come to end after a three-month run of North American shows that brought forth groundbreaking fashion moments, viral TikTok content, and a chance for Harry to connect with fans across the U.S.

During his final performance at the new UBS Arena in Belmont Park in Elmont, New York, on Sunday, Styles closed out his highly anticipated tour with a 20-song set for a sold-out crowd of 18,500 audience members. The One Direction frontman’s show marked the grand opening show of the new venue.

The “Watermelon Sugar” crooner addressed the crowd, sharing, “I'd just like to take a second to say to all of you that what you have given me in this tour is something I will never be able to express to you, because what you have shared with us every single night… emotionally, you have been so, so generous to me, and I thank you from the bottom of my heart.” Harry Styles just helped a fan come out to her mom at his concert; 'She's gay!'

He continued, “I really, really did not know if this tour was going to happen, and I thank you for everything you've done to be able to make it happen."

If you were wondering what plans Harry has post-tour, the singer teased the possibility of new music during his final show. He told the massive audience that he and his band would be “going to go away for a little bit, and we’ll work on some stuff and we’ll come back and see you very soon.”

Two days after his final show, Styles took to social media to thank all of his fans.

With the “42 special nights” of shows completed, Harry wrote, “It's been a privilege to play for you the last few months. To the band, the crew, and everyone working on this tour, I thank you from the bottom of my heart. The energy you brought to this one has left me feeling completely overwhelmed with joy. To the fans, and everyone who came to see these shows, I thank you. You made them everything they were, and I've never felt so genuinely supported. I can't say it enough, you're unbelievable."

The GRAMMY winner wrapped up by adding, “this tour felt like the celebration of coming back together. I won't ever forget it. Thank you all so much for the love, I'll see you very soon. Treat people with kindness. Goodbye for now. I love you all. H."