Start your drive home with Kannon and the Throwback Three at Three, where we feature the top three songs of any given year and throw it back to good times, great music and amazing memories! Do you remember what your were doing back in 1980? Because we sure don't.

The Off The Wall album sold over 10 million copies and made Michael Jackson the first solo artist with four US Top 10 hits from the same album. This was also the start of Jackson's controversial plastic surgery journey that went all the way until 2001.

Funkytown is actually ... surprise surprise New York. Songwriter and Producer Steven Greenburg, wrote the song because he was sick of Minneapolis and subsequently wrote the grooviest dis track ever.

This song was originally written for the 1980 crime drama, American Gigolo, in which the song is talking about a prostitute. Call Me was originally produced by European disco producer Giorgio Moroder, who actually intended on Stevie Nicks being the lead voice on the track, in fact Blondie was his third choice.

How many of you ended up with a name off this list? 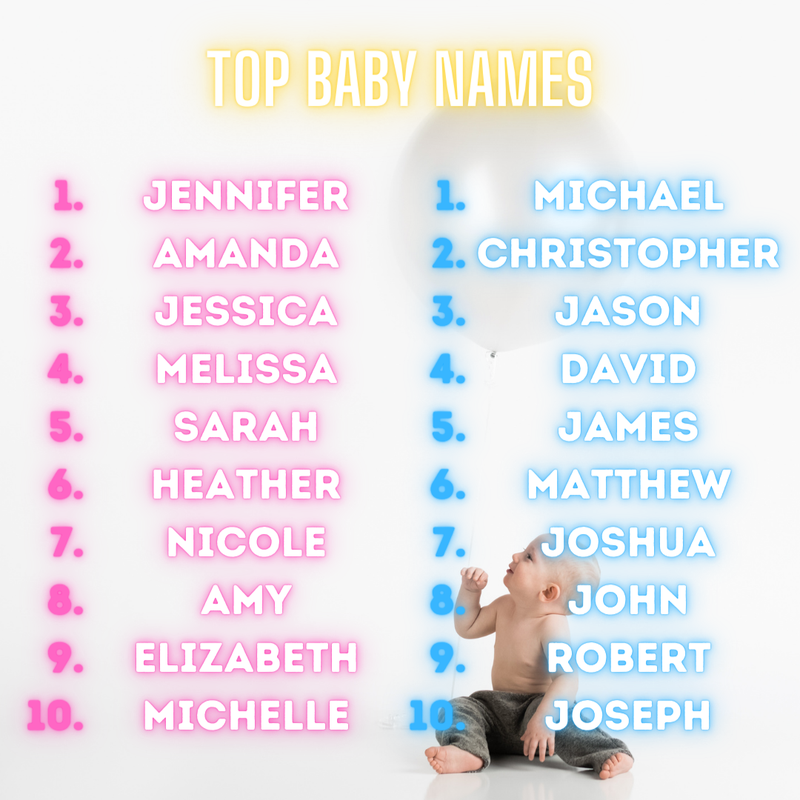 Did you use these quotes during 1980?

“Pardon me, do you have any Grey Poupon? “
-Grey Poupon

“You dipstick”
– Sheriff Rosco P. Coltrane on The Dukes of Hazzard

“Do you believe in miracles? YES!”
– Sportscaster Al Michaels, after The Miracle On Ice

Do you remember these iconic people from 1980:

In 1980 Time Magazine’s Man of the Year was Ronald Regan. Also in 1980 Cheryl Prewitt from Ackerman Mississippi was nominated as Miss America and Shawn Weatherly from South Carolina /Jineane Ford from Arizona tied for the nomination of Miss USA. Christina Aguilera, Jessica Simpson and Ashanti were born in 1980. Did you ever find yourself crushing on any of these heartthrobs from 1980: 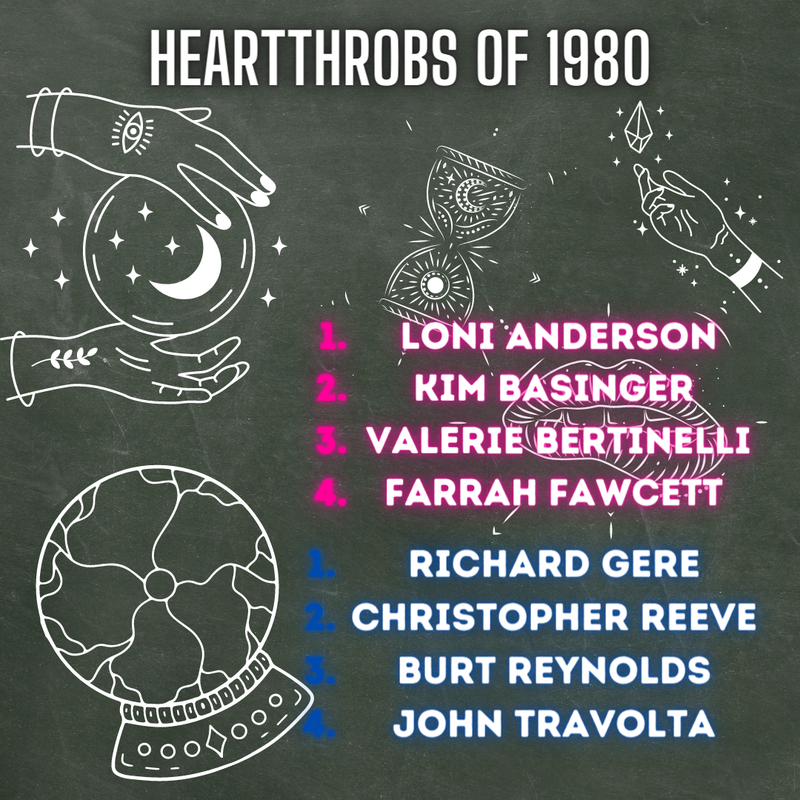 Did you know all these cool things happened in 1980:

-The Movies to Watch include Airplane!, Coal Miner’s Daughter, Flash Gordon, The Elephant Man, The Blues Brothers, The Shining and The Empire Strikes Back.
-Notable books include: Cosmos by Carl Sagan and The Bourne Identity by Robert Ludlum.
-A computer modem invented.
-Video Games became popular with Pac-Man, Battlezone, Missile Command, Space Panic, Zork I and Olympic Decathlon.
-Whole Foods was founded in Austin, Texas.
-CNN began broadcasting from Atlanta, Georgia
-Rubik’s Cube and Magna doodle made their U.S. debut in 1980.