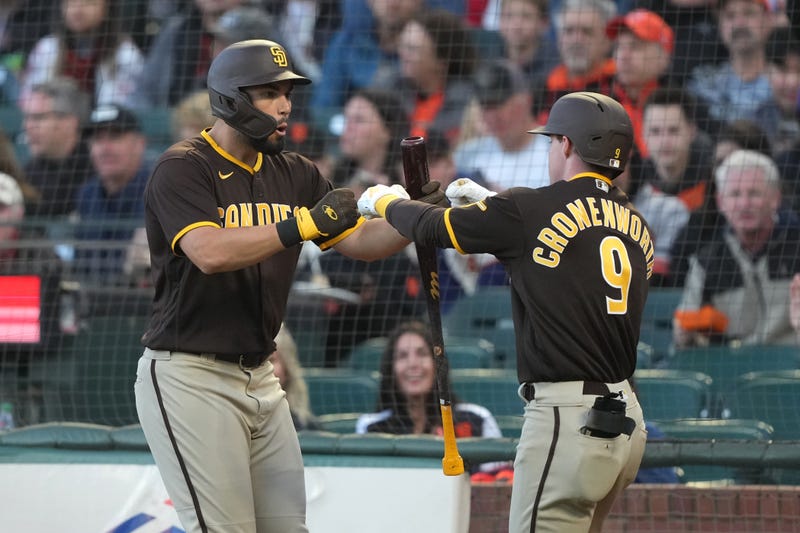 The Padres beat the Giants 8-7 in 10 innings on Friday in a game where Sean Manaea didn't have his best stuff. The Padres jumped out to an early 4-1 lead, thanks to a 4-run top of the 3rd inning, highlighted by Manny Machado advancing from 1st to 3rd on an infield grounder, and then scoring from 3rd on a wild pitch with 2 outs. That lead wouldn't hold up however, as Darrin Ruf hit homers in both the 3rd and 5th innings to tie the game. Wil Myers put the Padres ahead for good with a 2-out 2-run opposite field double off of Tyler Rogers. With Taylor Rogers unavailable the night after securing a 4-out save, Luis Garcia came in to close things out in the 9th. After retiring the first two batters he faced, the next 3 hitters reached, loading the bases with 2 outs. Wilmer Flores then delivered a game-tying 2-run single, sending the game to extras. The Padres were able to add 2 runs in the top of the 10th inning, which proved to be just enough, as the Giants were able to push across a run off of Robert Suarez in the bottom of the 10th, though the Padres held on to win 8-7.

A lot of good defense for the Padres tonight, including this catch from Trent Grisham to end the 6th!

Here's how that huge go-ahead hit from Wil Myers in the 8th inning sounded on the Padres Radio Network!