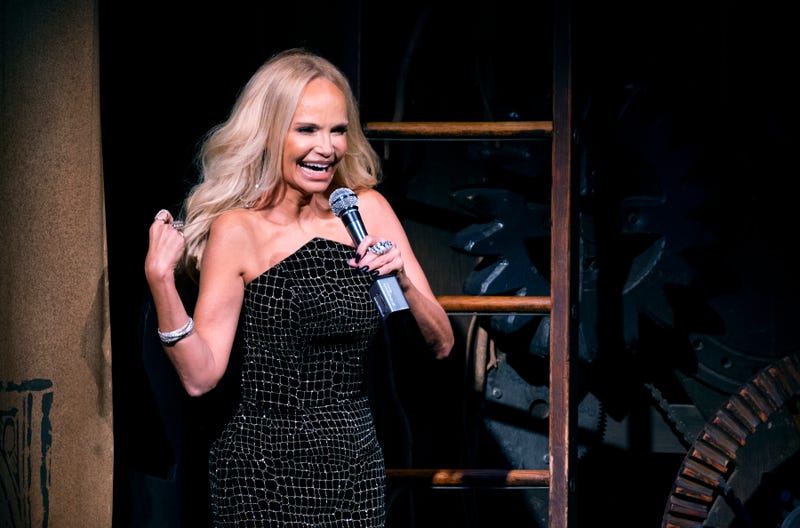 NEW YORK (AP) — Theater royalty — in the form of Kristin Chenoweth, Julie Taymor and Lin-Manuel Miranda — welcomed back boisterous audiences to “Wicked,” “The Lion King” and “Hamilton” for the first time since the start of the pandemic, marking Tuesday as the unofficial return of Broadway.

Chenoweth surprised the crowd at “Wicked” by appearing onstage for a speech on the same stage where she became a star years ago. “There's no place like home,” she said, lifting a line from the musical. The crowd hooted, hollered and gave her a standing ovation.

Taymor, the director and costume-designer of “The Lion King,” congratulated her audience for the courage and enthusiasm to lead the way. "Theater, as we know, is the lifeblood and soul of the city," she said. "It's time for us to live again." And Miranda at “Hamilton” summed up the feeling of a lot of people when he said: “I don't ever want to take live theater for granted.”

“The Lion King,” “Hamilton” and “Wicked” all staked out Tuesday to reopen together in early May after then-New York Gov. Andrew Cuomo picked Sept. 14 for when Broadway could begin welcoming back audiences at full capacity.

The trio of shows were beaten by Bruce Springsteen’s concert show in June and the opening of the new play “Pass Over” on Aug. 22, as well as the reopening of two big musicals — “Hadestown” and “Waitress.”

But the return of the three musicals — the spiritual anchors of modern Broadway’s success — as well as the return of the long-running “Chicago” and the reopening of the iconic TKTS booth, both also on Tuesday, are important signals that Broadway is back, despite pressure and uncertainty from the spread of the delta variant.

The crowds virtually blew the roof off the three theaters. At “Wicke