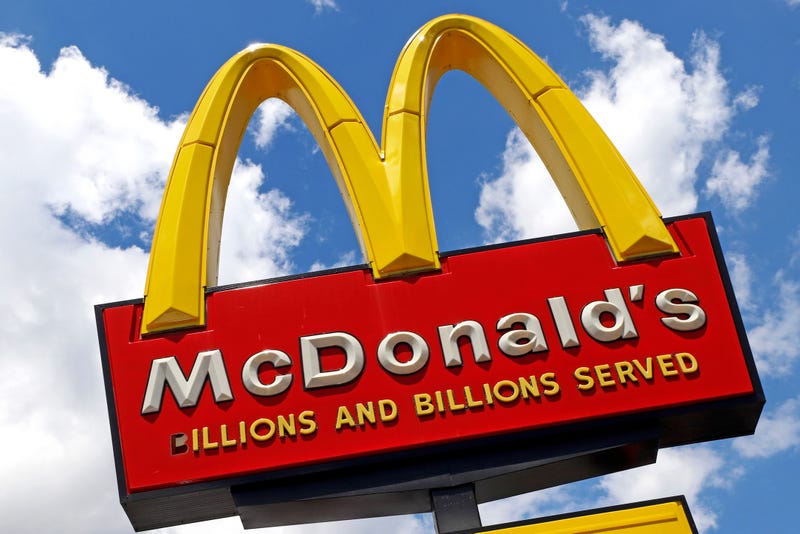 McDonald’s ended 2021 on a high note with U.S. customers spending more and fewer restaurant closures in Europe from coronavirus restrictions.

But higher costs for food and labor weighed on profits, and the company said it expects that pressure to continue this year. McDonald’s reported adjusted earnings of $2.23 per share, 11 cents short of Wall Street expectations, according to analysts polled by FactSet.

Global same-store sales __ or sales at restaurants open at least a year __ rose 12.3% in the quarter, the Chicago burger giant said Thursday. That's better than the 10.5% increase that Wall Street was expecting.

In the U.S., same-store sales rose 7.5% as limited-time products like the McRib and new options like a revamped chicken sandwich drew customers despite higher menu prices. McDonald's said U.S. prices climbed just over 6% in 2021.

Revenue rose 13% to $6.01 billion, which was just shy of Wall Street expectations, with sales crimped by coronavirus restrictions in Australia and China.

McDonald's was stung by rising prices and higher labor costs.

U.S. costs for food and paper products rose 4% in 2021, and 3% internationally in 2021, Chief Financial Officer Kevin Ozan said. Those costs are expected to double globally in 2022, with inflation more pronounced in the first half of the year, he said.

“We certainly don’t expect it to wipe away what we gained either in 2021 or prior to that," Ozan said Thursday in a conference call with investors. "But it certainly will pressure both margins and cash flow,”

Shares of McDonald's, which hit an all-time high earlier this month after a 20% gain over the past year, were essentially flat Thursday.