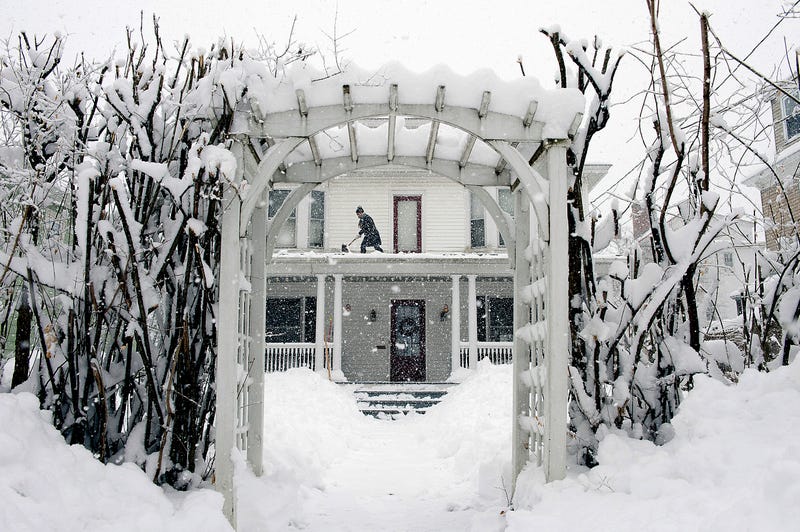 NEW YORK (AP) — Get ready to pay sharply higher bills for heating this winter, along with seemingly everything else.

With prices surging worldwide for heating oil, natural gas and other fuels, the U.S. government said Wednesday it expects households to see their heating bills jump as much as 54% compared to last winter.

Nearly half the homes in the U.S. use natural gas for heat, and they could pay an average $746 this winter, 30% more than a year ago. Those in the Midwest could get particularly pinched, with bills up an estimated 49%, and this could be the most expensive winter for natural-gas heated homes since 2008-2009.

The second-most used heating source for homes is electricity, making up 41% of the country, and those households could see a more modest 6% increase to $1,268. Homes using heating oil, which make up 4% of the country, could see a 43% increase — more than $500 — to $1,734. The sharpest increases are likely for homes that use propane, which account for 5% of U.S. households.

This winter is forecast to be slightly colder across the country than last year. That means people will likely be burning more fuel to keep warm, on top of paying more for each bit of it. If the winter ends up being even colder than forecast, heating bills could be higher than estimated, and vice-versa.

The forecast from the U.S. Energy Information Administration is the latest reminder of the higher inflation ripping across the global economy. Earlier Wednesday, the government released a separate report showing that prices were 5.4% higher for U.S. consumers in September than a year ago. That matches the hottest inflation rate since 2008, as a reawakening economy and snarled supply chains push up prices for everything from cars to groceries.

The higher prices hit everyone, with pay raises for most workers so far failing to keep up with inflation. But they hurt low-income households in particular.

“After the beating that people have taken in the pandemic, it’s like: What’s next?”