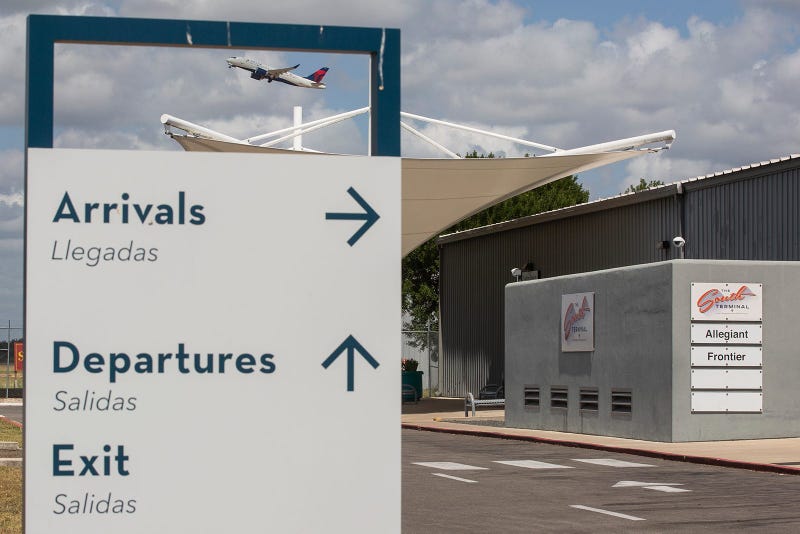 AUSTIN (Talk1370.com) -- The battle over the City of Austin's efforts to expand Austin-Bergstrom International Airport and its Barbara Jordan Terminal - at the expense of the airport's South Terminal - took another step this week, this time towards a courtroom.

LoneStar Airport Holdings, the company that holds a 40-year contract with the City to operate the South Terminal, filed a lawsuit earlier this week to try and stop city officials from using eminent domain to take over its operations. LoneStar says it has invested more than $30 million into the South Terminal, which offers service for ultra-low cost carriers at AUS including Frontier Airlines and Allegiant. Now, nearly seven years into the agreement approved by Council members in 2015, the city has offered LoneStar just $1.9 million to walk away.

In November 2019, airport officials determined a "fair valuation" of the South Terminal leasehold to be $10 million.

"The city cannot rewrite a contract that it voluntarily entered into merely because a new administration has a different view as to the desirability of public-private partnerships, especially after reaping the benefits of that partnership," LoneStar’s lawyers said in their complaint. "And it certainly cannot take LoneStar’s business without honoring LoneStar’s Fifth Amendment right to just compensation."

The low-cost traffic through the South Terminal represents just over two percent of the airport's entire passenger traffic so far this year - roughly 256,000 passengers.

Officials at AUS say the airport's Expansion and Development Program will continue. “The Department of Aviation is aware of the complaint filed by LoneStar Airport Holdings LLC. The Department will continue to fulfill its contractual obligations and exercise its rights under the South Terminal lease. The City continues to move forward with acquiring the leasehold through condemnation. This action is necessary to increase capacity for more flights at AUS through the Airport Expansion and Development Program. A vital component of the Program is the new midfield concourse, which necessitates the future closure of the South Terminal.”