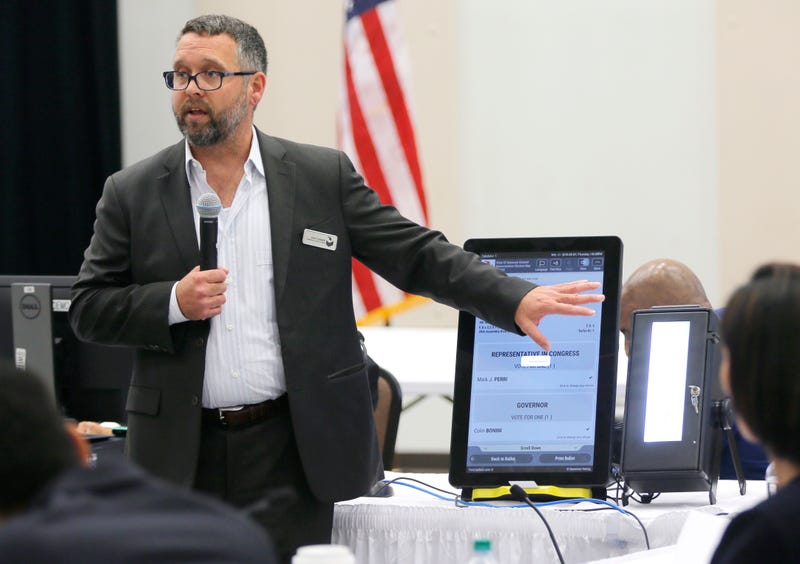 The case centers around reporting of the alleged September 2020 phone call by Oltmann.

His attorney said that Oltmann identified someone referred to as “Eric” on the purported call as Coomer by Googling the name and Dominion. Oltmann also found private anti-Trump social media posts by Coomer, said attorney Andrew DeFranco.

Oltmann publicized his findings on a podcast, and he was both interviewed about it and it was picked up by the other defendants, the lawsuit alleges. Both President Trump and his son Eric Trump tweeted references to the report as the campaign launched ultimately unsuccessful lawsuits after the election alleging there was widespread voter fraud.

Giuliani and Powell both referred to Coomer in a post-election news conference alleging fraud.

Defranco, Giuliani attorney Joe Sibley and Trump campaign attorney Eric Holway argued their clients didn’t act with malice, that the report was public knowledge, and that Coomer was a public figure — all conditions that should preclude Coomer from prevailing in his defamation suit.