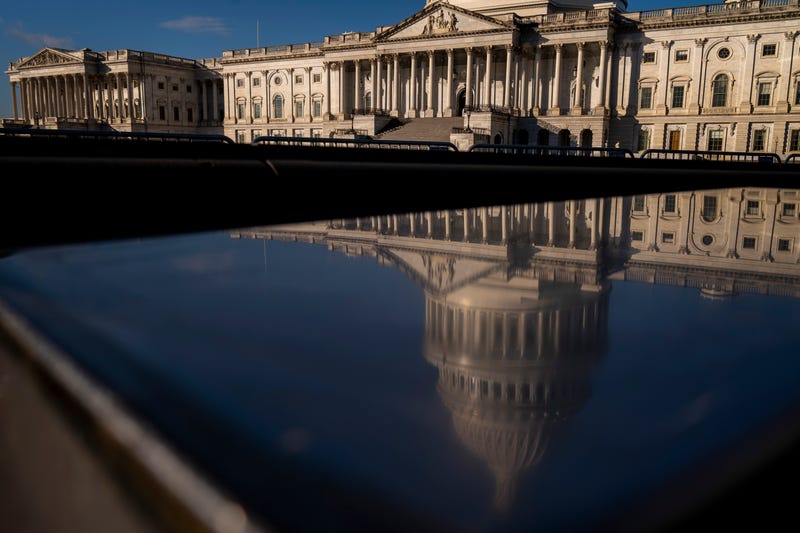 WASHINGTON (AP) — Democrats are picking an early fight with the House Republican majority over committee seats, nominating two California lawmakers for the Intelligence Committee in open defiance of House Speaker Kevin McCarthy's vow to block them.

Minority Leader Hakeem Jeffries, in a letter sent to McCarthy over the weekend, asked that Reps. Adam Schiff and Eric Swalwell be reappointed to the House Permanent Select Committee on Intelligence, a prestigious panel with access to sensitive, classified information. There is no “precedent or justification” for rejecting them, Jeffries said.

The letter amounts to an early test for McCarthy as he settles into the speakership, with the Republican rank-and-file looking to the Californian to follow through on his public pronouncements. McCarthy has warned that Republicans in the majority could extract a measure of revenge against Democrats for stripping Reps. Marjorie Taylor Greene of Georgia and Paul Gosar of Arizona from their committee assignments in the last Congress.

Democrats said they were justified in removing Greene and Gosar from committees because of incendiary commentary, including on social media, they they said incited potential violence against colleagues. McCarthy adamantly opposed both actions and described them as partisan power grabs.

The speaker’s office did not immediately respond to a request for comment about Jeffries' letter.

Both Schiff and Swalwell are veterans of the Intelligence panel. Schiff was the committee’s chairman for four years and served as the lead impeachment manager for then-President Donald Trump’s first Senate trial, in which Trump was acquitted over charges related to his pressure on Ukraine’s leader to investigate Democratic rival Joe Biden. McCarthy recently said that Schiff “put America for four years through an impeachment that he knew was a lie.”

McCarthy tried to have Swalwell removed from the Intelligence panel in March 2021 based on his contact with a suspected Chinese spy. His resolution against Swalwell, which was voted down in the Democratic-led House, cited information that the suspected spy, Christine Fang, came into contact with Swalwell’s campaign as he was first running for Congress in 2012 and participated in fundraising for his 2014 campaign.

Federal investigators alerted Swalwell to their concerns and briefed Congress about Fang in 2015, at which point Swalwell says he cut off contact with her.

McCarthy has said that “if you got the briefing I got from the FBI, you wouldn’t have Swalwell on any committee.”

But Schiff told colleagues back in 2021 that Republican leaders, including then-House Speaker John Boehner and the then-chairman of the intelligence panel, Republican Rep. Devin Nunes, were briefed on the situation with Swalwell at the time and “expressed no opposition to his continued service" on the Intelligence committee.

Jeffries denied that the actions against Greene and Gosar set a precedent, emphasizing in his letter to McCarthy that some Republicans joined with Democrats in stripping them of their committee seats. In Greene’s case, it was 11 Republicans. In Gosar’s case, two.

“This action was taken by both Democrats and Republicans given the seriousness of the conduct involved, particularly in the aftermath of the violent insurrection and attack on the Capitol,” Jeffries said in the letter. “It does not serve as precedent or justification for the removal of Representatives Schiff and Swalwell, given that they have never exhibited violent thoughts or behavior.”

He noted that Republicans have placed freshman Rep. George Santos, R-.N.Y., on two committees, despite his rampant lies to voters about his background and credentials.

“The apparent double standard risks undermining the spirit of bipartisan cooperation that is so desperately needed in Congress,” Jeffries said.

Appointments to the Intelligence panel, and other select committees, are the prerogative of the speaker, in consultation with the minority leader.

Swalwell asked Jeffries to name him to the panel, citing his experience as a county prosecutor. He said in a January 5th letter to Jeffries it is not for the speaker to remove members from committees based on “fabricated stories or political revenge.”

Schiff issued a similar letter, stating “there is no basis for his threatened retaliation other than placating the most extreme members of his party.”

Jeffries letter over the weekend did not mention another lawmaker McCarthy has threatened to have removed from her committee, Rep. Ilhan Omar, of Minnesota. A Democratic policy panel meets this week and is expected to seat Omar on the House Foreign Affairs Committee. Removing her from the panel would require a majority vote in the House.

Omar has at times clashed with fellow Democrats over Middle East policy. Two months after she arrived in Congress in 2019, the House approved a resolution condemning anti-Semitism and other forms of bigotry — without mentioning her by name — after she made remarks that critics said accused Israel supporters of having dual allegiances.

Two years later, Omar tweeted an exchange with Secretary of State Antony Blinken in a video conference in which she called for justice “for all victims of crimes against humanity.”

In remarks that drew the most attention, she said, “We have seen unthinkable atrocities committed by the U.S., Hamas, Israel, Afghanistan, and the Taliban. I asked @SecBlinken where people are supposed to go for justice.”

She would say later her remarks were “in no way equating terrorist organizations with democratic countries.”

Omar in her letter said that she would be honored to continue serving on the Foreign Affairs panel, where she could offer a unique perspective as a Somali-American, a refugee and the only Africa-born member of Congress.