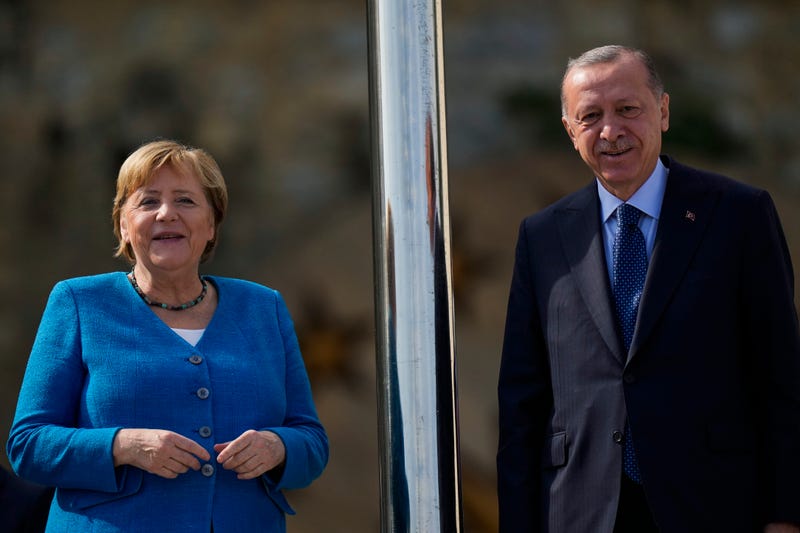 The leaders discussed Turkey’s relations with Germany and the European Union, as well as Syria, Libya and the eastern Mediterranean, where Ankara’s interests have collided with Europe's.

However, Merkel has often adopted a conciliatory approach to Turkey, emphasizing the common interests of Turkey and the West.

After admitting hundreds of thousands o