DALLAS (105.3 The Fan) - Coming off of their Western Conference finals run, as well as an up and down offseason, the Dallas Mavericks had their full 2022-23 schedule revealed on Wednesday, along with the rest of the NBA.

Among the notable games for the Mavs include their Christmas Day matchup with LeBron James and the Los Angeles Lakers, which is set for a 1:30 PM tip.

The Mavs will open the season with a rematch of the Western Conference Semi Finals with the Phoenix Suns on October 19, and a matchup with the up and coming Houston Rockets on November 16.

Mavs fans can also look forward to the home opener against the Memphis Grizzlies on October 22.

Dallas is scheduled to play 30 nationally televised games, including 10 on ESPN, nine on NBA TV, seven on TNT and four on ABC. The team’s local broadcast schedule will be announced at a later date.

You can view the full schedule below: 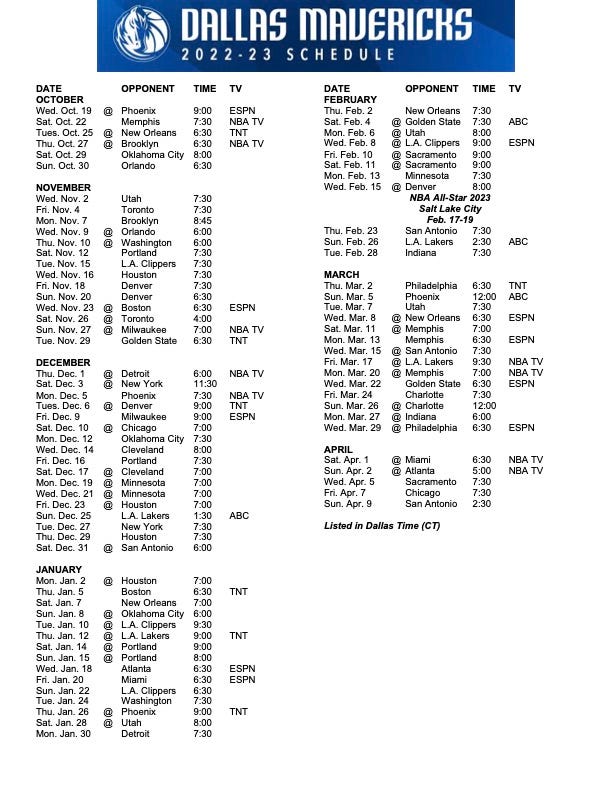