The Dallas Cowboys are going to have to lean on Tyler Smith this season more than originally expected, and Jerry Jones is acutely aware of the hiccups that might come with that.

With longtime left tackle Tyron Smith going down with a torn hamstring and likely out until December, it’ll be the rookie taking over the role. Had Tyron Smith stayed healthy, Tyler Smith was trending towards being the backup left guard. Now, the 21-year-old will be protecting Dak Prescott’s blind side for the bulk of the season.

The Cowboys used a first-round pick on Tyler Smith, so it’s clear that they have high hopes for him – and the expectation always was that he’d be their left tackle of the future.

In his interview Friday with the “K&C Masterpiece”, Jerry Jones expressed confidence in the Tulsa product, while also setting reasonable expectations for him.

“He’s got everything we hoped and more when we drafted him. That’s exactly what we drafted him for, to come in and be the left tackle. So he had a really outstanding camp, all of the things are there. Do I wish we had Tyron? Yes. Will we get Tyron back? Likely. But in the meantime he’s going to come in and he’s going to get a Harvard doctorate degree at playing left tackle between now and then. Will we pay some price for it? Yes. Can we win with him paying a price? I think so, yes.”

Ultimately, Tyler Smith might end up a better player in the long run because he's getting this experience early on. The Cowboys just need to hope the learning curves don't come at the expense of wins in 2022. 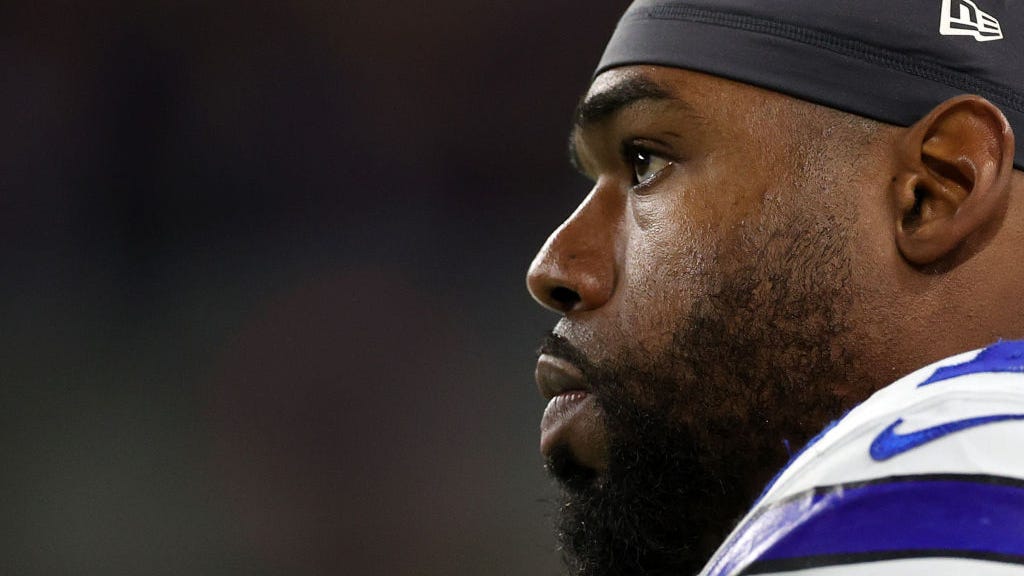 Cowboys offensive study: How big of a loss is Tyron Smith?