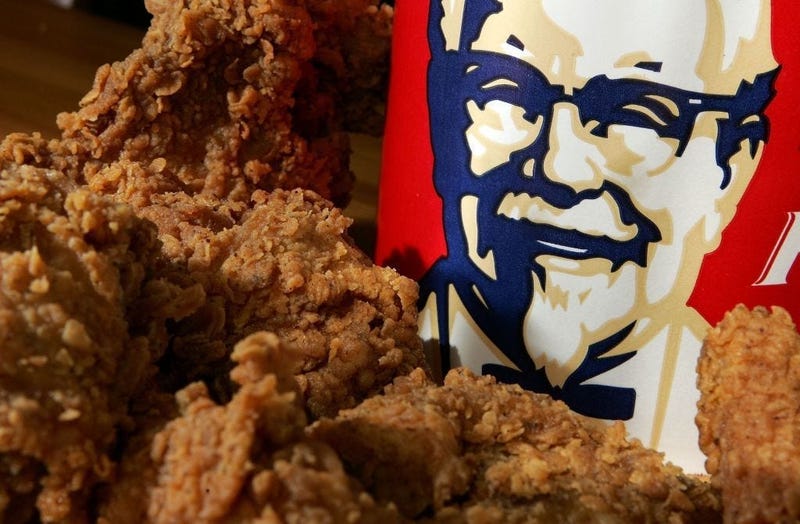 A large order of KFC led to an even bigger fine for a group of partiers when they were caught breaking health guidelines put in place due to the coronavirus pandemic.

On Friday, two paramedics that stopped at a KFC in the suburbs of Melbourne, Australia at 1:30 a.m. noticed a pair of people placing an order for around 20 takeout meals, and after growing suspicious, reported the customers’ license plate to the police, reports BuzzFeed News.

Officers went to the address where the car was registered, where they found two people asleep and an additional 16 hiding in a back room. Due to an increase in coronavirus cases in the area, the state recently declared a lockdown banning large gatherings.

The group, which had gathered for a birthday party, was fined a total of 26,000 Australian dollars, or a little over 18,000 U.S. dollars.

“it’s a very expensive night, when you think. Apart from the KFC, we’ve issued 16 infringements of that amount. That’s $26,000, that birthday party’s costing them,” he said. “That’s a heck of a birthday party to recall. They’ll remember that one for a long time.”

Municipalities around the world are instituting fines to try to ensure that people follow social distancing guidelines during the health crisis.

In Toronto, players for the Blue Jays are currently sequestered during their training camp. The baseball players have been notified that if they are seen outside of their hotel or stadium, they can face a fine of up to $750,000 and potential jail time.