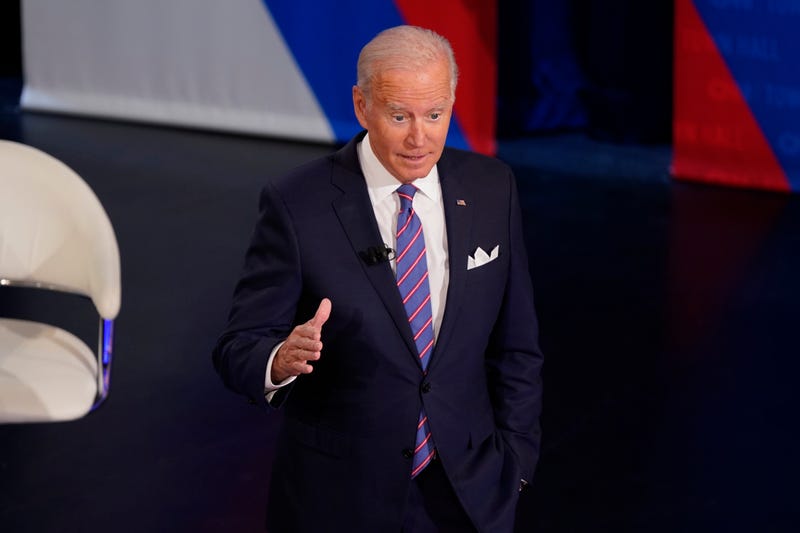 WASHINGTON (AP) — A deal within reach, President Joe Biden and Congress’ top Democrats edged close to sealing their giant domestic legislation, though the informal deadline appeared to slip as they worked to scale back the measure and determine how to pay for it.

Negotiations were expected to continue into the weekend, all sides indicating just a few issues remained unsettled in the sweeping package of social services and climate change strategies.

Biden met at the White House on Friday with House Speaker Nancy Pelosi, and Senate Majority Leader Chuck Schumer joined by video call from from New York, trying to shore up details. The leaders have been working with party moderates and progressives to shrink the once-$3.5 trillion, 10-year package to around $2 trillion in child care, health care and clean energy programs.

She told reporters back at the Capitol that more than 90% of the package was agreed to: The climate change components of the bill “are resolved,” but outstanding questions remained on health care provisions.

Vice President Kamala Harris sounded even more certain. On a visit to New York City, she said tensions often rise over final details but “I am confident, frankly -- not only optimistic, but I am confident that we will reach a deal.”

No agreement was announced by Friday's self-imposed deadline to at least agree on a basic outline. Biden wants a deal before he leaves next week for global summits in Europe.

Pelosi hoped the House could start voting as soon as next week, but no schedule was set.