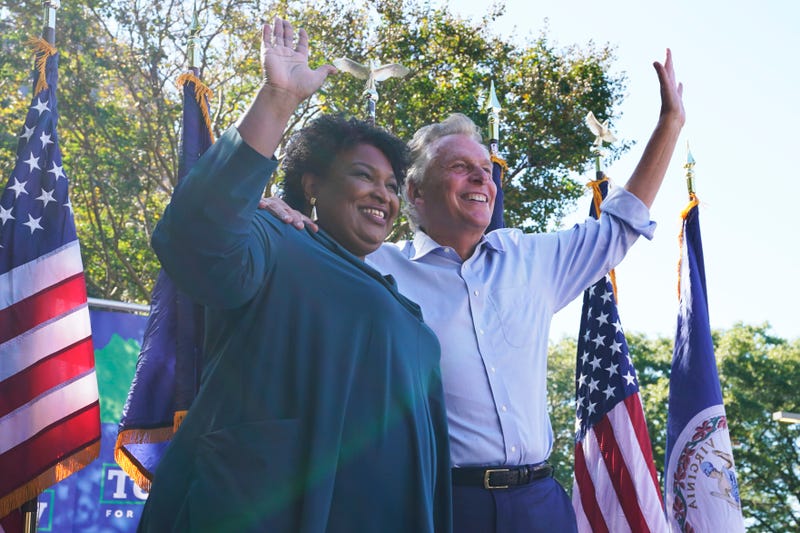 NORFOLK, Va. (AP) — As Democrat Terry McAuliffe worked the crowd at Norfolk State University’s homecoming football game, many fans at the historically Black school were ready with answers before he could even ask for their vote.

But McAuliffe can't afford not to worry. Polls have consistently shown him with the overwhelming support of Black Virginians, but his victory may hinge on whether this core part of his base shows up in strong numbers to vote.

National activists worry that President Joe Biden's falling approval ratings, and a lack of action by the Democrat-controlled Congress on voting rights and issues important to African Americans, could spell trouble in a race with Republican former businessman Glenn Youngkin that already looked exceedingly tight.

“Black voters, by and large, are feeling like they’re being taken for granted,” said Wes Bellamy, co-chair of Our Black Party, which advocates for political positions that benefit African Americans.

And any hint of waning enthusiasm among Democratic base voters could prove even more disastrous for the national party in next year’s midterm elections — when the party's narrow control of both congressional chambers is at stake.

Black voters made up 11% of the national electorate in 2020 and 9 in 10 of them supported Biden last year, playing critical roles in delivering close states like Pennsylvania and Wisconsin, according to AP VoteCast, a nationwide survey of the 2020 electorate. But that means any softening of support could have the opposite effect in statewide races net year.

Democrats have been mobilizing their brightest national stars in hopes of staving off complacency in party ranks. Vice President Kamala Harris recorded a video praising McAuliffe that will be seen at 300-plus churches statewide and campaigned for McAuliffe on Thursday. Former President Barack Obama will be in Richmond this weekend and Biden is coming next week.

They're following Georgia Democratic gubernatorial candidate Stacey Abrams and Atlanta Mayor Keisha Lance Bottoms, who each visited Black churches last weekend. Abrams will be back in the state for a Charlottesville rally Sunday.

McAuliffe, who served as governor from 2014 to 2018, has visited 60-plus Black churches, his campaign says, and last Sunday held the first of several planned “Souls to the Polls” efforts to bring African American worshipers to early voting stations.

It's difficult to gauge the success of those campaigns, since Virginia has only recently begun allowing no-excuse early voting. Still, McAuliffe advisers say they're encouraged by the total number of <a href="https://apnews.com/article/elections-voting-virginia-voter-registration-election-2020-caf2e24b3cded7b0a4eca61ff2fad57d"