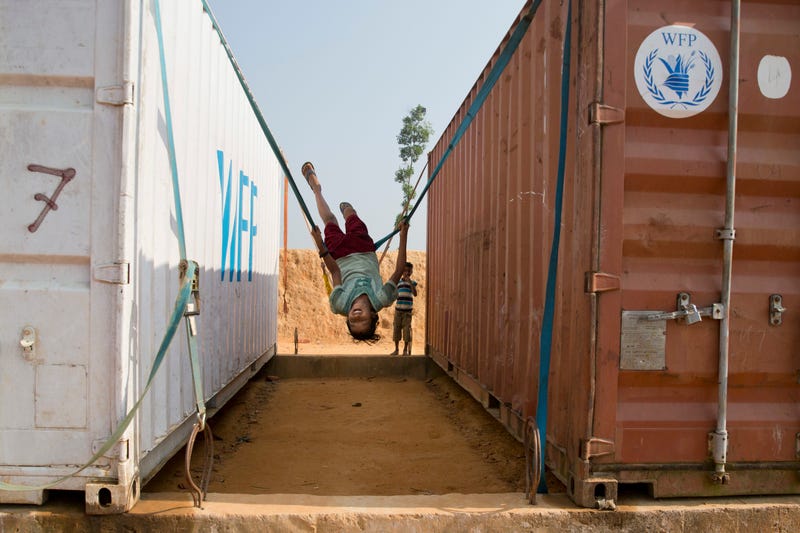 BERLIN (AP) — The number of people forced to flee conflict, violence, human rights violations and persecution has crossed the milestone of 100 million for the first time on record, propelled by the war in Ukraine and other deadly conflicts, The U.N. refugee agency said Monday.

“One hundred million is a stark figure — sobering and alarming in equal measure," said UN High Commissioner for Refugees Filippo Grandi. "It’s a record that should never have been set.

“This must serve as a wake-up call to resolve and prevent destructive conflicts, end persecution and address the underlying causes that force innocent people to flee their homes,” Grandi added.

UNHCR said that the number of forcibly displaced people worldwide approached 90 million by the end of 2021, propelled by new waves of violence or protracted conflict in countries including Ethiopia, Burkina Faso, Myanmar, Nigeria, Afghanistan and Congo.

Since then, the war in Ukraine has forced more than 6 million people to flee the country and a further 8 million are displaced within Ukraine.

The 100 million figure represents more than 1% of the global population and comprises refugees and asylum-seekers as well as people displaced inside their own countries by conflict — a figure that the Internal Displacement Monitoring Centre recently put at 53.2 million — the UNCHR said in a statement.

“The international response to people fleeing war in Ukraine has been overwhelmingly positive,” Grandi said. “Compassion is alive and we need a similar mobilization for all crises around the world."

However, Grandi pointed out that ultimately “humanitarian aid is a palliative, not a cure.”

"To reverse this trend, the only answer is peace and stability so that innocent people are not forced to gamble between acute danger at home or precarious flight and exile,” Grandi said.