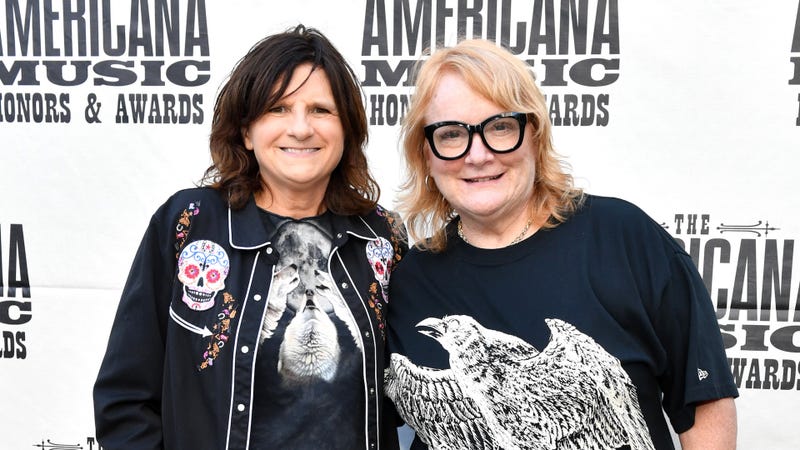 Amy Ray and Emily Saliers of American Folk duo, Indigo Girls have never been afraid to use their voices.

LISTEN NOW: Indigo Girls open up about getting sober and finding freedom

Whether singing a meaningful song that’ll get you in the feels, or speaking out on issues including immigration reform, LGBTQ advocacy, education, and more, the pair is dedicated to speaking their truth which hasn’t always been bright and sunny.

While the duo has experienced immense success with 16 albums selling more than 15 million copies, times weren’t always as bright. The pair joined Glennon Doyle’s We Can Do Hard Things podcast to detail some of the life experiences they’ve had to fight through to get where they are now, including Emily’s alcoholism.

“Drinking was such a social part of what we did for work,” Emily said of the days before she realized she had a problem. “I had a very social life. I thought I was an extrovert, I was really just an alcoholic…. I thought I was so funny and charming and attractive, but I was just drunk.”

Emily’s duo mate, Amy, was the first to recognize Saliers’ struggle with alcohol, but was met with denial from Emily when she reached out to help.

“I did have a rock bottom and the truth is that Amy, she knew I was an alcoholic and she came to me at least two times, maybe three,” Emily shared. “This is funny but I always liken it to the way Peter denied Jesus like three times,” she laughed.

As Emily’s addiction had her moving towards death, it was an intervention that lacked Amy’s presence that spoke loudest to her.

“In the end there was an intervention and actually, Amy wasn’t at that intervention,” Emily shared. “I think my wife knew that I wasn’t able to be honest. I was so vulnerable to Amy and to my best friend that was not at the intervention… I don’t think in that moment that I had the courage or strength — I was so bitterly rageful and angry.”

The intervention led Emily down the long, difficult road to recovery and she now celebrates a life, fully sober. Something she says is nothing short of a miracle.

“Now that fact that I can talk about it openly, it’s kind ion miraculous to me,” she said. “All the most beautiful things have come from sobriety.”

Hear Indigo Girls discuss more details surrounding their struggles with alcoholism and more in the newest episode of the We Can Do Hard Things podcast, available now.

Glennon Doyle’s We Can Do Hard Things podcast features raw discussion with Doyle and her sister, Amanda, about some of life’s biggest struggles.  In an effort to come together and help each other through the pair share their own hardships as they help others so each listener can live lighter, braver, and less alone.