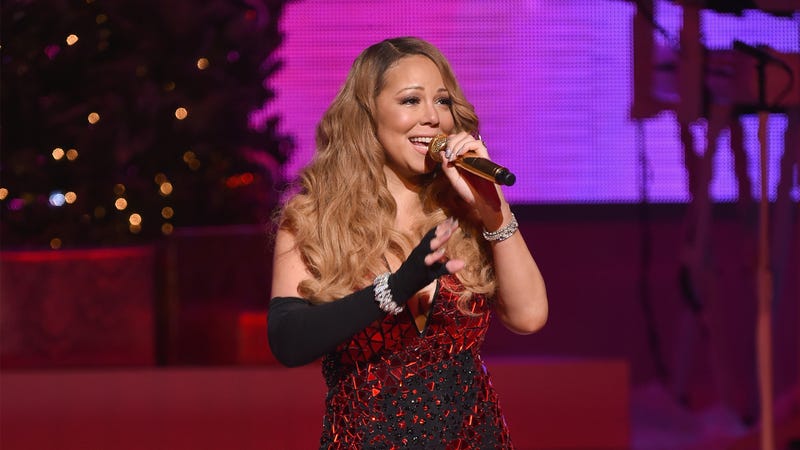 It’s officially November 1, so you know what that means… ’Tis the Season of Mariah Carey or #MariahSZN, if you prefer.

Reminding us all that “IT’S TIIIIIIIIME!!!!!!!! 🎄🎉❤️” the official unofficial Queen of Christmas once again shared her now annual social media post to mark the occasion at precisely 12:01 AM on November 1 — just a minute after Halloween ended.

In the first half of the clip, Carey is seen pedaling on a Peloton, wearing a black patent leather catsuit, thigh-high lace-up boots, and a witch's hat. As the calendar counts down from October 25 to November 1, her witchy cackle turns into her signature whistle notes. Carey’s appearance and surroundings instantly transform from spooky to festive, as her iconic Yuletide track “All I Want For Christmas Is You” plays in the background. Now dressed in a Santa-themed cat suit, she sings, "It's time!”

Since her reminder, the tune has already found its way back onto the US Top 100 Chart. Which is just the start, as last year Carey broke records when "All I Want For Christmas Is You" hit No.1 for the third time since its initial release in 1994. And since Christmas is still 54 days away, there’s plenty of time for that.