The Cleveland Guardians have issued an organizational COVID-19 vaccine mandate, and those who don't comply by early 2022 will not be allowed to continue working for the franchise, per a new report.

Robert Murray of FanSided obtained the following internal e-mail that was sent out "approximately a month ago" where Guardians employees are informed of the new policy:

“The Policy requires that all Executive Office and Service Level Employees or ‘Covered Employees’ who are not subject to any exemption be fully vaccinated by January 3, 2022.

"To be fully vaccinated, two-weeks must have passed after receiving either the second shot in a two-shot vaccine (Pfizer or Moderna) or the only shot of the single-dose Johnson & Johnson Vaccine.

"That means that – absent any exemption – all Executive Office and Service Level employees must receive either their second Moderna/Pfizer shot, or single Johnson and Johnson shot by December 20, 2021.

"Remember: there is an approximately three-week (Pfizer) or four-week (Moderna) gap between the first and second doses of the two-dose vaccines, so meeting these deadlines will require advanced planning. Failure to comply with this Policy will result in termination.”

According to Murray, the Guardians declined to comment for his story.

This past August, ESPN's Jeff Passan and Kiley McDaniel reported that the Houston Astros and Washington Nationals had put vaccine mandates in place for all employees who weren't players.

Former star catcher Bob Boone -- the father of New York Yankees manager Aaron Boone and former star second baseman Bret Boone -- resigned from his role as a senior adviser to the general manager for the Nationals in August as he didn't want to be vaccinated.

But for whatever small percent of defectors that there were from both organizations, baseball has gone on. The same will be true in Cleveland.

Teams that don't put in full mandates for their employees could end up having to adhere to requirements for business with over 100 employees set fourth by the Biden Administration. The 46th president of the United States had planned to require all private businesses to either have their employees fully vaccinated or test those who aren't once a week beginning on Jan. 4, 2022. While a federal appeals court blocked that proposal earlier this month, the administration continues to fight for that ruling to be overturned. And it doesn't seem to be a coincidence that the policy of the Guardians would go in place just a day before the Biden Administration would like their policy to take effect.

The catch here, as Murray notes, is that major league players are held to a different standard than other team employees. To this point, there is no mandate for players. Perhaps the MLBPA could be talked into agreeing to policies like the NFL instituted before the 2021 season, which made life a lot easier for those that are fully vaccinated. However, it would be almost impossible to imagine a total mandate for all major leaguers.

Hannah Keyser of Yahoo! Sports reported in October that all minor league players will be required to be vaccinated in 2022, and that will ultimately mean that players who start the season in Double-A and Triple-A and eventually reach the majors will be fully vaxxed. But there's no indication that players who are locks to begin the 2022 season at the major league level will be required to be vaccinated. It's unclear what will happen to unvaccinated major leaguers who need to go on rehab assignments during the 2022 season. 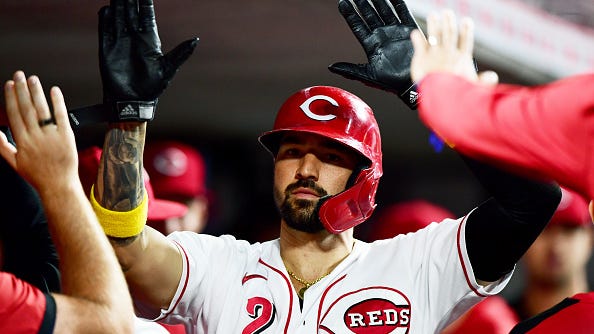