One of the most popular throwback uniforms in NFL history will make its return in 2022.

According to the Patriots Hall of Fame Twitter account -- H/T Chris Creamer of SportsLogos.net -- the team does plan to wear their red throwback jerseys with the iconic "Pat Patriot" helmets at some point in 2022:

For the 2022 season, the NFL will ditch its controversial one-helmet rule, which has been in effect since 2013. This will allow teams to be more creative with throwback uniforms, because players will be allowed to wear different helmets than the ones that they do with their given team's primary look.

The last time that the Patriots wore their red throwback jerseys was during a 29-26 overtime victory in Week 7 of the 2012 season. In that game, Stevan Ridley was New England's leading rusher, with Rob Gronkowski serving as the leading receiver. Tim Tebow had four rushing attempts for the Jets.

Paul Lukas of Uni Watch reported earlier this week that only 15 of the NFL's 32 teams will be introducing -- or reintroducing, as the case may be -- alternate helmets in 2022. 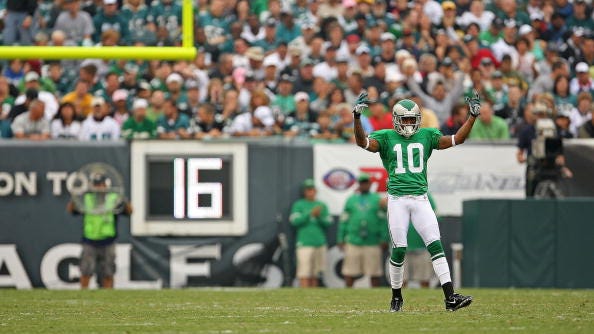 Ranking the NFL's 15 Greatest Uniforms Ever