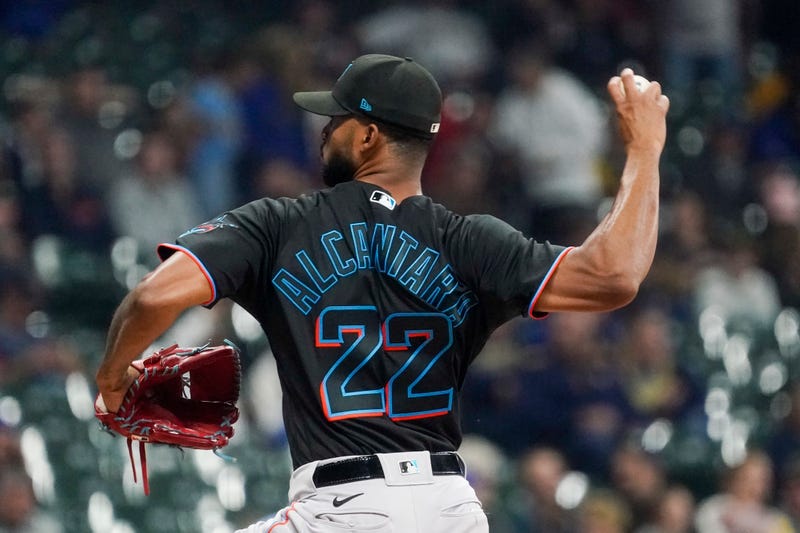 MILWAUKEE (AP) — Corbin Burnes outpitched Sandy Alcantra, striking out seven in eight innings to lead the Milwaukee Brewers to a 1-0 victory over the Miami Marlins on Friday night.

Milwaukee (84-73) remained a half-game back of the Phillies for the third NL wild-card spot. Philadelphia snapped a five-game losing streak earlier in the day with a victory over the Nationals in Washington.

Burnes (12-8) allowed four hits and lowered his ERA to 2.98. Devin Williams struck out three and worked around a pair of walks in the ninth for his 15th save.

Alcantara (14-9) struck out eight over his eight innings of work and held Milwaukee to five hits, two by rookie center fielder Garrett Mitchell.

Mitchell led off the sixth with a base hit up the middle, then stole second and moved to third on Willy Adames’ single before scoring the game’s only run on Rowdy Tellez’s sacrifice fly to the track in center.

Miami didn’t put a runner into scoring position until the ninth, when Lewin Diaz led off with a single and Jon Berti drew a five-pitch walk off Williams.

Williams struck out Miami’s next two batters, bringing up former teammate Avisail Garcia, whose grand slam a night earlier dealt the Milwaukee a loss. Garcia walked on four pitches, loading the bases but Williams recovered, striking out Jesus Sanchez to end it.

Alcantra became the first pitcher in Marlins history to strike out 200 batters in consecutive seasons when he whiffed Milwaukee’s leadoff batter, Christian Yelich, in the first inning.

He set a career high with 201 strikeouts last season and surpassed that mark in the third against Mitchell while also moving into a tie with Ryan Dempster for sixth on the Marlins’ career strikeout list with 628.

Burnes, meanwhile, increased his total to 238 for the season to surpass his previous career high of 234, set a year ago. He leads the NL and is second only to the Yankees’ Gerrit Cole (248) in the majors.

Marlins: SS Miguel Rojas returned to the starting lineup Friday after sitting out the last two games with a sore wrist.