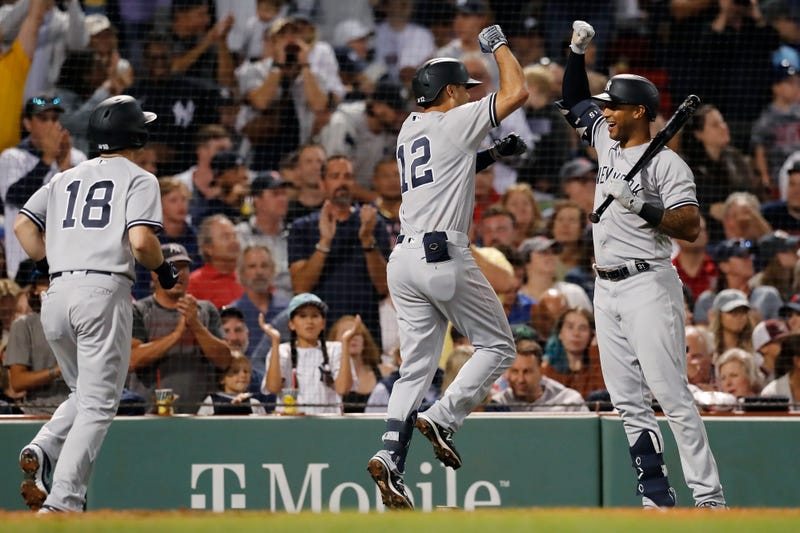 BOSTON (AP) — Isiah Kiner-Falefa drove in the go-ahead run with a safety squeeze in the ninth inning and hit his first career homer with New York, sending the AL East-leading Yankees past the Red Sox 3-2 on Saturday night for just their second win in 10 games.

It was manager Aaron Boone’s 400th career victory with the Yankees.

Alex Verdugo had two hits for Boston, which had won its last two games, including a dramatic 3-2 win over New York in 10 innings on Friday night.

Andrew Benintendi sparked New York's winning rally with a one-out double off the center-field wall against John Schreiber (3-2). Jose Trevino reached on an infield hit before Kiner-Falefa laid down a perfect bunt toward first base on the next pitch, with Benintendi scoring on a headfirst slide.

Aroldis Chapman (1-3) got four outs for the victory. Scott Effross worked a rocky ninth for his second save.