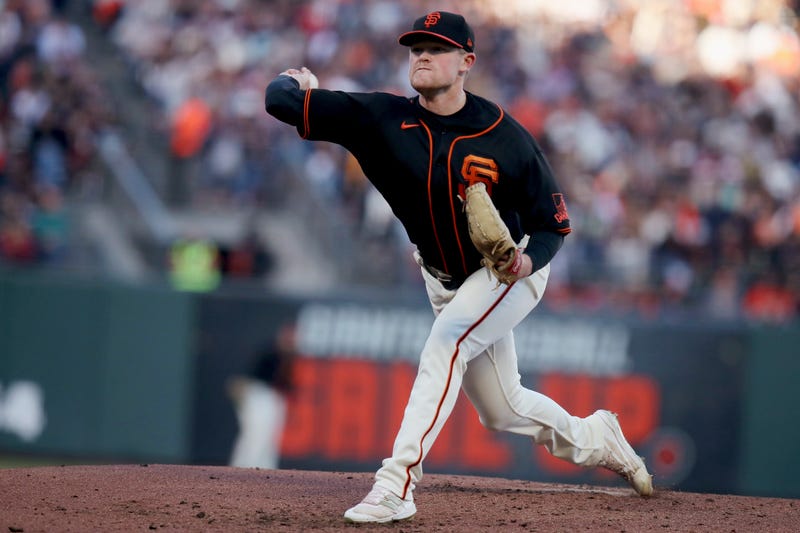 Camilo Doval got three outs for his 17th save. Greg Allen walked with one out, stole second and advanced to third on a groundout. But Rodolfo Castro lined to left for the final out.

Castro had two hits in Pittsburgh's fifth loss in six games. Tyler Beede (1-2), who broke into the majors with San Francisco in 2018, allowed two runs and three hits in three innings while serving as the opener for the Pirates.

Webb improved to 8-3 in 13 starts this year at Oracle Park. The Pirates loaded the bases in the eighth on Tucupita Marcano’s double and walks to pinch-hitter Josh VanMeter and Bryan Reynolds, but Webb escaped the jam by striking out Ben Gamel.

Webb also helped himself with a nice defensive play in the third, scooping up Kevin Newman’s soft grounder and lunging for first base for the out.

Wade led off the third with a drive to right-center for his sixth homer. It was Wade’s fourth multihit game of the season.

Pirates: 3B Ke’Bryan Hayes was out of the lineup because of back spasms. Castro replaced him. Manager Derek Shelton reiterated that Hayes, 25, might receive occasional breaks to keep him playable overall. “We’ll try to get him as much relief as possible,” Shelton said. “Hopefully we can alleviate the discomfort.” ... CF Reynolds is continuing to play regularly despite an oblique injury. The switch hitter started Saturday, one day after his streak of reaching base in 10 consecutive games ended.

Giants: Manager Gabe Kapler said C Joey Bart, who is dealing with a sprained right ankle, could play if needed in an emergency. Bart is day to day. He ran on the field during batting practice Saturday.