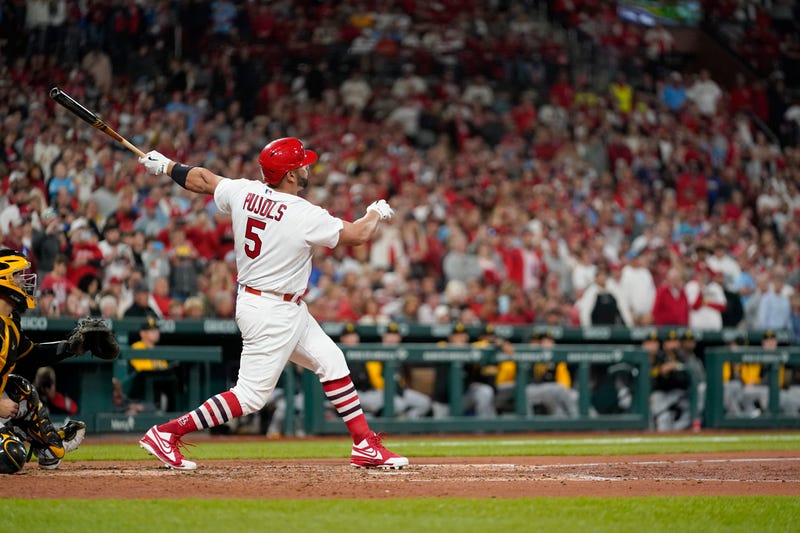 Pujols launched a slider from former teammate Johan Oviedo over the Big Mac Land sign in left field at Busch Stadium. The solo drive in the fourth inning made it 1-all. The Cardinals went on to win 2-1.

Pujols faced Oviedo for the first time and made the 24-year-old righty the 456th different pitcher he's homered against.

The St. Louis star hadn’t homered in a week since hitting No. 699 and 700 at Dodger Stadium last Friday. Pujols had gone 10 at-bats without a home run after two starts and one pinch-hit appearance.

The Busch Stadium crowd gave the 42-year-old Pujols a long standing ovation before he came out of the Cardinals dugout to tip his cap for a curtain call.