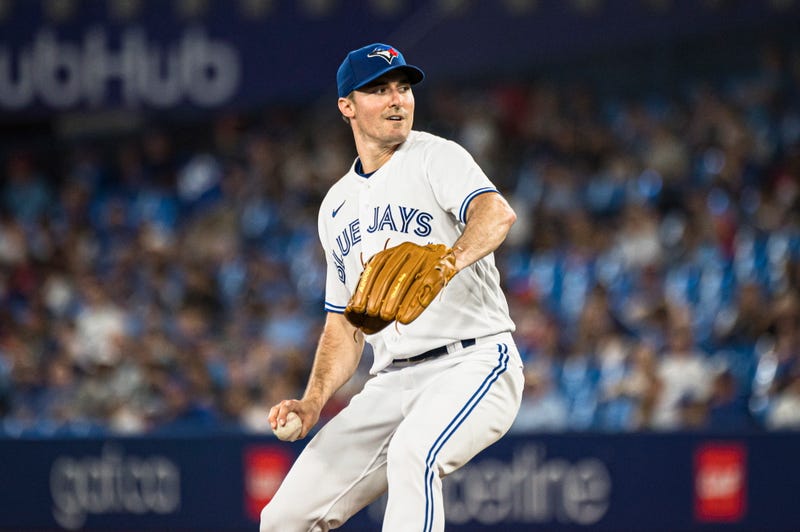 TORONTO (AP) — George Springer broke a scoreless tie with a pinch-hit RBI single in the seventh inning, and the Toronto Blue Jays beat the Baltimore Orioles 6-1 on Wednesday behind a stellar effort by Ross Stripling.

Springer's liner to center was career hit No. 1,000, and Toronto poured it on from there. Santiago Espinal followed Springer with a two-run double, and Alejandro Kirk capped the Blue Jays' six-run seventh with another two-run double.

Toronto snapped a five-game losing streak against Baltimore and won for the third time in 11 games. It broke through against the Orioles' bullpen after Stripling carried a perfect game into the seventh.

Baltimore could have moved into an AL wild-card spot with a win. The Orioles are 10-5 in August.

Activated off the injured list before the game after being sidelined with a sore right hip, Stripling retired his first 18 batters before Cedric Mullins singled to center on the first pitch of the seventh.

Some of the crowd of 40,141 gave Stripling a brief ovation after Mullins’ hit.

Stripling threw 72 pitches, 52 for strikes, and matched a season high by striking out seven in 6 1/3 innings. He threw 11 pitches to Austin Hays in a strikeout to start the second.

Joey Krehbiel (4-4) took over in the seventh but left after giving up one-out hits to Teoscar Hernández and Bo Bichette.

Cionel Pérez replaced Krehbiel, and Springer, hitting for Raimel Tapia, broke the deadlock with a base hit to center.

Robinson Chirinos drove in Baltimore’s lone run with an infield single against Zach Pop in the eighth.

Blue Jays left-hander Yusei Kikuchi watched the game from the bullpen, suggesting he has been removed from the rotation in favor of Mitch White. Kikuchi (4-7, 5.25 ERA) is 0-2 with a 7.30 ERA in three August starts.