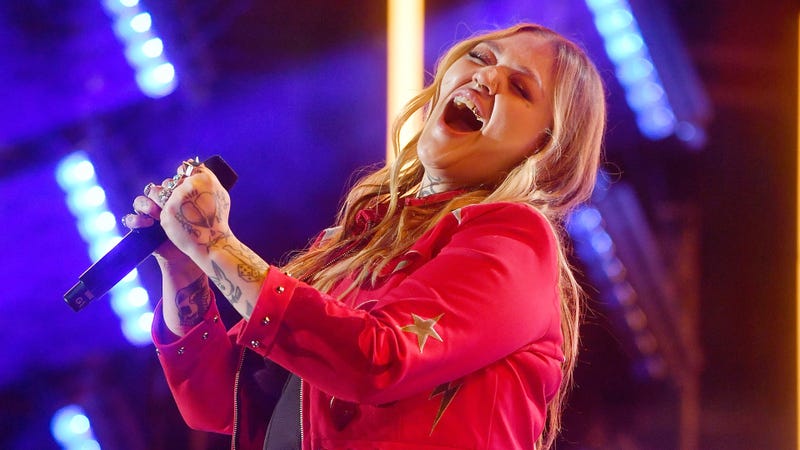 Join hosts Rob + Holly as they kick the weekend off with good vibes, the best music and special guest, Elle King! Listen on your favorite Audacy Country station.

It’s a big week for King who will release her debut Country album this Friday, January 27. The project, titled Come Get Your Wife, will feature 12 Country tracks including previously released, “Out Yonder,” and “Drunk (And I Don’t Wanna Go Home) feat. Miranda Lambert” in addition to new tracks, “Ohio,” and “Try Jesus.”

The project is co-produced by King along with Ross Copperman and is sure to solidify King’s space in Country music — a genre she says she “fell into” after time in the Rock-Alternative world.

“Dierks [Bentley] opened up this glittery, shiny, rhinestone world,” King said regarding her first walk on the Country side with “Different For Girls,” a duet with Dierks. “First thing, he was like, ‘You want a shot??’ I’m like, ‘YES! I do want a shot. Thank you, I’ll have another,’” she laughed, comparing the welcoming gesture to her dull, anti-climactic experience in the Rock genre.

Hear more about the new album, Elle’s tour and more by tuning into the Friday Night Takeover With Rob + Holly this Friday at 7pm! Plus, get your votes in now for the daily Top 7 @ 7 countdown!