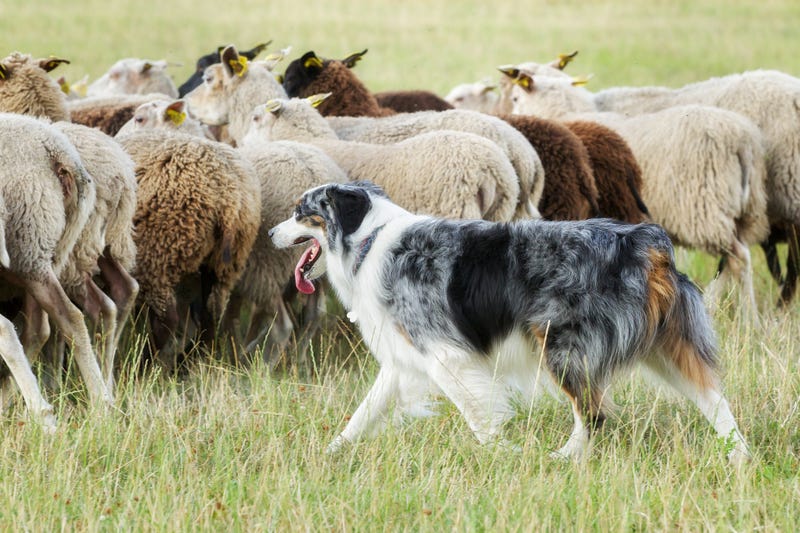 Sometimes you just have to make the best of a bad situation.

On Sunday, June 6, Linda Oswald and her family were driving through Idaho when they ended up in a car crash.

The back window of their GMC Yukon shattered, and their beloved dog, Tilly, flew out of the broken window, Insider reported. The family spent the entire day looking for their dog, with no luck.

**Update** TILLY IS ON HIS WAY HOME. FOUND THIS MORNING 6/8 NEAR MEYER RD. THANK YOU FOR ALL THE SUPPORT💕 Hayden ...

Two days later, it wasn’t a Facebook detective but farmer Zane Potter who found the dog, unharmed, on his land, where Zane’s brother Travis told The Spokesman-Review that it seemed like the stray dog was herding their sheep.

When a Kootenai County Sheriff's Office deputy was driving by looking for Tilly, Zane gave the dog over to the deputy.

The story didn’t sound too crazy to Linda Oswald, who agreed, "He'll herd anything. When I go to the dog park, he tries to herd the people into one group."

Zane wasn’t too blown away by the lost dog tale either, as he’s seen his share of odd stuff on his farm. Apparently, two helicopters have randomly landed on his farm before.

What did surprise the happy family was when they got Tilly home, she immediately drank from the toilet, and Oswald said he's never done that before.