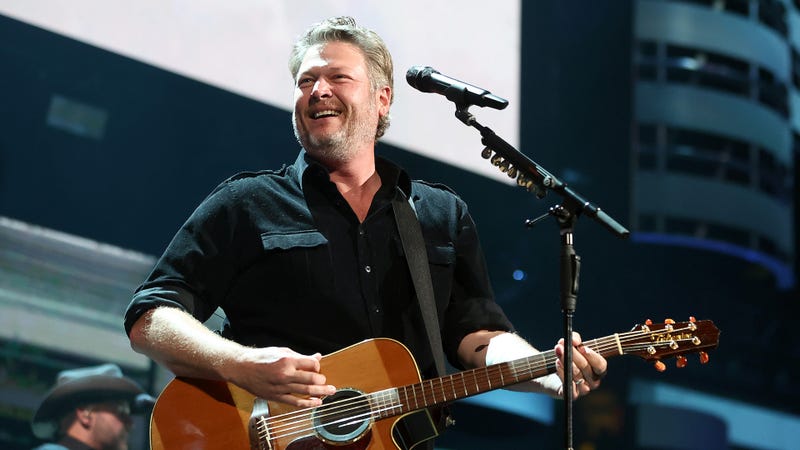 Nearly seven months after officially becoming a stepfather through his marriage to Gwen Stefani, Blake Shelton seems to be enjoying the role more than ever.

Shelton, who wed Stefani in July 2021 is celebrating his role as stepfather to Stefani’s three children whom she shares with ex, Gavin Rosdale. Embracing the boys as his own far before the marriage, becoming the leader of a blended family seems to have come pretty natural to Blake.

"I have a stepfather in my life who is one of my heroes," Shelton told KFRG’s afternoon ride in 2021. "I love my stepfather and he's like a father to me, so I have a good inspiration in my life on how to do this and the kind of stepdad I want to be."

Shelton recently shared a fun memory with his stepsons from over the holidays, saying he was determined to make them a bacon-wrapped turkey they’d been craving.

“It’s happening,” Blake told Sounds Like Nashville of figuring out how to piece together the culinary masterpiece. “There’s no talking them out of it, based on the picture that they saw, which was the greatest picture you’ve ever seen.”

Clearly up for a challenge all while keeping things fun, it’s all about balance.

“I take it very serious, but I also have a blast with it," Shelton told KFRG. "I don't take it so serious that I'm not enjoying this time because I really am, especially now that we're five years into this thing. I can't imagine my life without these kids now."