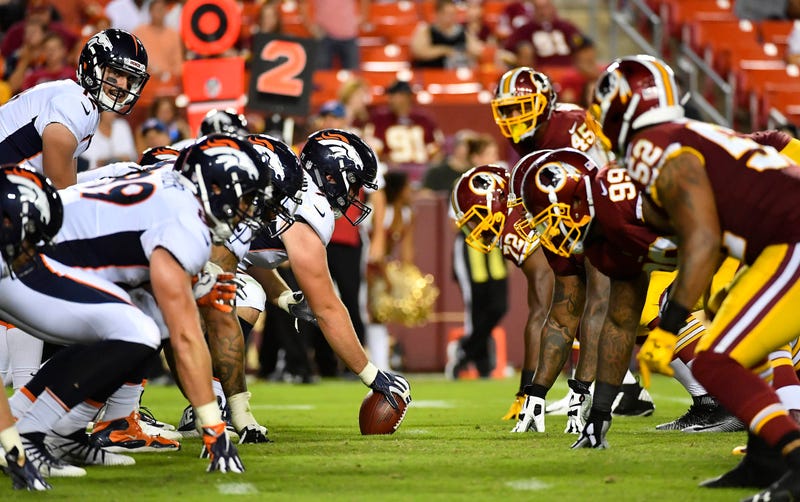 106.7 The Fan Redskins beat reporter Craig Hoffman was in the press box at FedExField as the Washington Redskins took on the Denver Broncos for Game 3 of the NFL preseason. He combined his observations with post-game interviews to write his top-three takeaways from this week in football:
I was wrong about a lot of things. Reporting is hard. You go with what you’re told and what you see. When what you see and what you’re told changes, you report that. So here are new things that are different than the old things and I’m both sorry about it, but hope that my willingness to admit it and actually get more information makes up for it.

Stat of the day: The Redskins went one-for-11 on third down. To quote myself in the press box upon being reminded of that stat: “they sucked!”

It’s the preseason. Reading into that to think they are doomed would be overreacting, but it was every bit as pitiful for tonight as the statistic indicates.

Quote of the day: “Only positive I take away is it’s the preseason is where it doesn’t count. Just have to learn and have to build from it. We definitely didn’t practice up to our standard the last couple days and it kind of showed out there. It was a good wake-up call…It keeps us on our toes. Having success is a double-edged sword. You want it, but at the same time, it dulls your blade a little bit…we looked terrible out there today.” –Jon Allen

Yup. On to Baltimore.