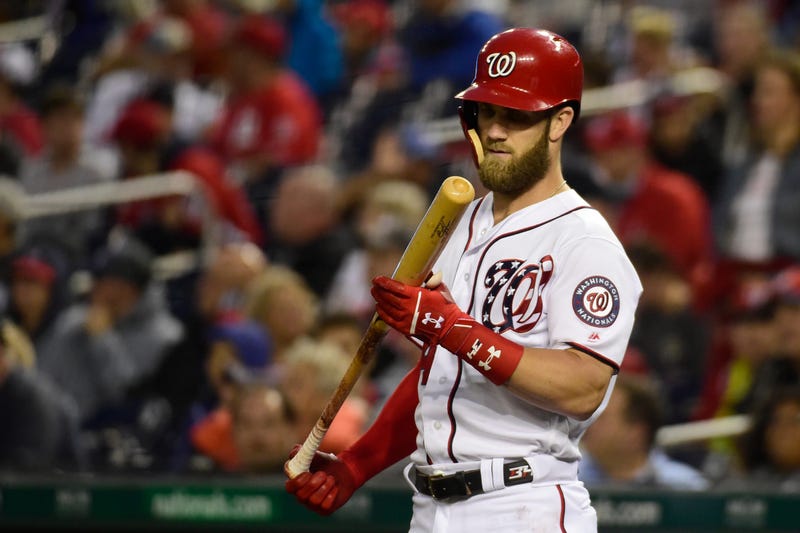 Free agency can be a tricky thing to follow, as it's hard to parse posturing from reality.

At times when developments seem dead, negotiations can be roaring behind the scenes. Other times when news seems imminent, it's just another step of the process.

This has been the slowest MLB hot stove season ever, probably, at least for the top half of the market.

Players around the league are reporting to Spring Training and no one seems to care that almost none of the premium free agents have deals worth signing.

That has caused reporters to start looking for nuggets under every rock. One reporter for the Texas Rangers looked under a rock and found former Washington Nationals reliever Shawn Kelley, who happened to play alongside Bryce Harper in D.C.
Oddly enough, Kelley had some insight into Harper's situation, and it's not good news for anyone who wants to see Harper sign somewhere (anywhere, at this point):

Rangers pitcher Shawn Kelley on where Bryce Harper will end up: "No idea. Talked to him the other day and he said it’s actually slower than you guys think it is."

Apparently, the speed of Harper's market. It could be a long spring.