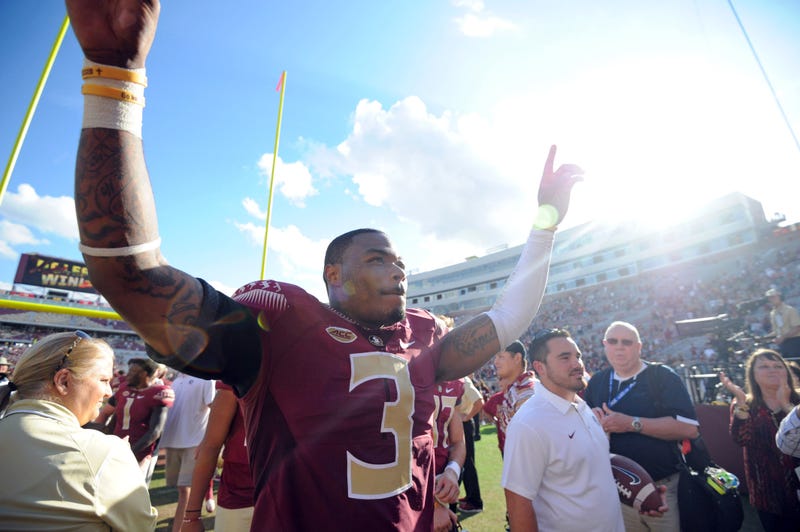 On Thursday night, the Washington Redskins were on the clock at No. 13 with a wealth of quality talent to choose from.

They ended up selecting Alabama nose tackle Da'Ron Payne, who fills an immediate need on defense.

But he was not the only name that they considered with the pick. According to 106.7 The Fan Redskins beat reporter Craig Hoffman, the Redskins also considered Florida State safety Derwin James with the pick:

Source says it was down to Payne and Derwin James in the room.That means they had the same grade on them and they went with the need of DL over S. They wouldn't take someone with a lower grade.

Time will tell if this was the right decision.

After hearing from Payne on the media conference call, Hoffman jumped on air with Pete Medhurst in the studio:

"I think in terms of the individual player, it's a reach a little bit," Medhurst said. "The way I might have gone here is Derwin James. I think you have enough of a need on the back end of that defense that he could have helped you."

James was a consensus top-10 prospect and slid to the Redskins at No. 13 for unknown reasons. When he slid past the Redskins, he was scooped up by the L.A. Charger at No. 17. CBS Sports has already given the Bolts an 'A' rating on the pick.

"They love Jonathan Allen, and now [the Redskins have> got a Jonathan Allen clone in a teammate sitting next to him on that defensive line," Medhurst continued. "The key is, if you don't think Jonathan Allen's medicals say to you, 'we don't think we'll have him for 14 or 15 games, we need another guy to be able to plug in there and play the game,' then Da'Ron Payne is fine because he's clearly the next defensive lineman that's going off the board.