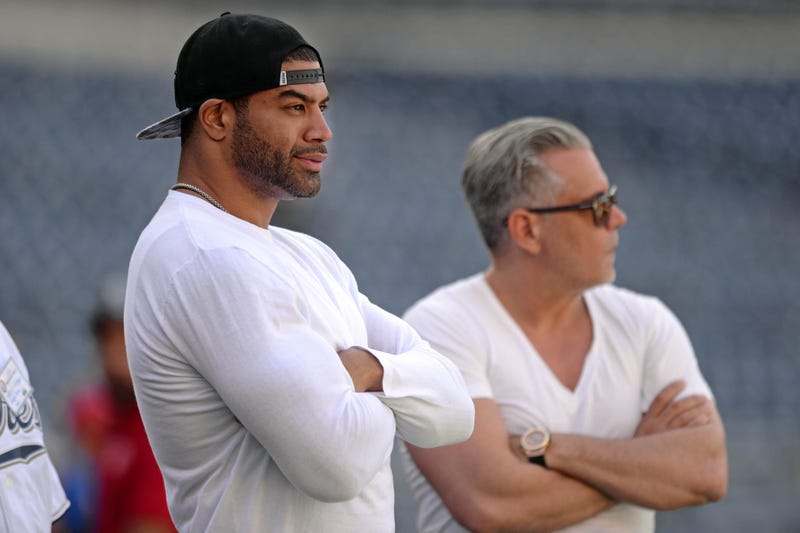 "Lights out" was the decision against the World Bare Knuckle Fighting Federation, in favor of D.C.-native, former Maryland Terrapin and NFL All-Pro Shawn Merriman.

The two parties had been in a dispute over an unfulfilled contract that would have paid Merriman for multiple bare-knuckle fights, beginning in July 2018.

According to a statement released by his representation, Merriman embraced a grueling training regimen, "regularly lasting up to ten hours" per day in preparation for the first fight in early November.

Merriman, who retired from the NFL in 2013, had been hinting at a run at combat sports for years before signing with the little-known league. His signing brought significant headlines for the fighting league, and was supposed to be the first step in his new career.

"Right now, this is the best opportunity for what I want to do," Merriman told ESPN last summer. "I've been kicking tires for years, this is a good place for me to start. I'm looking forward to having some fun out there. I get to train for the next six to eight weeks and go show everyone what I can do."

In the days before the fight, Merriman was cleared by the Wyoming State Board of Mixed Martial Arts, but the WBKFF told Merriman the day before the fight that the board had reversed its decision and he would not be paid the $500,000 promised in his contract.

According to the statement, the league continued to promote his involvement up until the time of the fight. Merriman immediately filed for arbitration.

The arbiter, who found the testimony of Merriman to be credible, noted: "Claimant fully complied with his contractual obligation under the Agreement and was ready, willing and able to fight, as scheduled, at the November 9, 2018 event in Casper. Merriman's final act of performance under the Arbitration Agreement - -fighting at the November 9, 2018 event - - was prevented" by WBKFF.

"WBKFF's conduct in this matter was apparently meant to take advantage of Claimant's celebrity and then avoid the Emergency Order and the obligation to pay as required under the Agreement."

In other words, Merriman wins his money and then some. According to the terms of the ruling, Merriman gets $499,000 with pre-award interest of $11,385.14 dollars and post-award interest at the Wyoming statutory rate of 10 percent from the date of the award, plus attorneys' fees and costs.

That's not a bad purse for a guy who didn't take any punches to the face.

Merriman was born in Washington, D.C., and grew up in Upper Marlboro, Md., going to Douglass for high school. He stayed local for college, starring with the Terps and becoming the 12th overall pick in the 2005 NFL Draft. He played most of his career for the San Diego Chargers, before finishing up in Buffalo.

Merriman made clear in his arbitration victory press release that he is intent on having his first professional fight. He even mentioned his preferred opponent:

I would fight Tim Duncan

In fairness, Tim Duncan recently took up kickboxing, so why not?