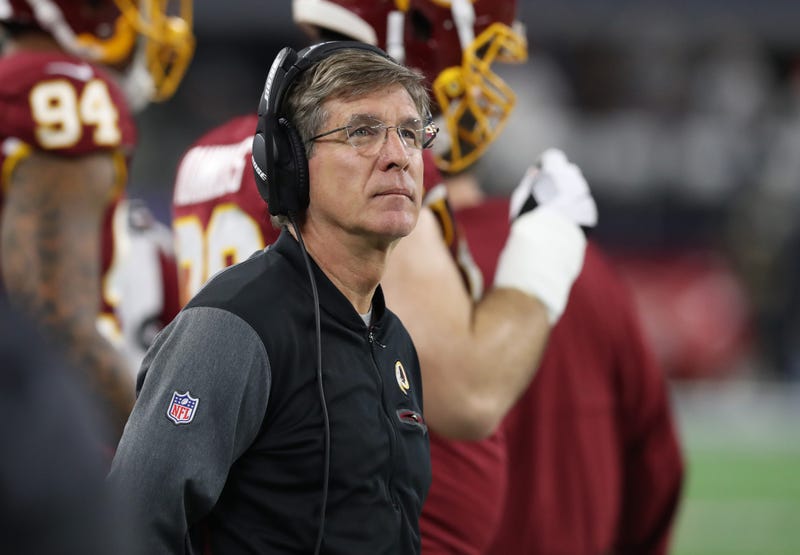 It may be Bill Callahan who's the most likely candidate willing to pursue opportunities outside the Redskins coaching staff.
On Wednesday, the Atlanta Falcons announced their hiring of Ben Kotwica as their new special teams coordinator, which meant Kotwica was leaving Washington for the same position elsewhere.
That news prompted Chris Russell to divulge that, along with Kotwica, he'd been hearing that Callahan and defensive line coach Jim Tomsula might be looking to defect from Ashburn.
Amid all the radio silence out of Redskins Park, Dianna Russini was able to confirm that Callahan is still under contract, and in fact Tomsula's contract is actually up.

In a 106.7 The Fan appearance with Chad Dukes on Thursday, Michael Phillips of the Richmond Times-Dispatch was asked what he makes of Russell's report, that Callahan and Tomsula were both fed up with the circus at Redskins Park and looking to jump ship.

"I would just draw the line between guy-blowing-off-steam and guy who's actually going to make a move," Phillips said. "And I would separate the two in that regard."

"I think Callahan is the one more likely of the two to make a move," he said. "He would be in demand elsewhere in the league. He could potentially get more play-calling responsibilities, things like that, elsewhere in the league. He has some here in Washington."
"Not that Tomsula's not well-respected," he clarified. "But also, where are you gonna go that has that level of young talent to mold? For as much as this place is a circus and that's certainly been well documented, there are some really big boys up front: Payne, Ioannidis, Settle, Allen. This is a really top-notch collection of young defensive line talent.

"I think he'd be hard-pressed to find a job where he gets the professional satisfaction and results that he's going to get working with these guys. That said, wouldn't rule it out. This is a crazy offseason. Crazy things are happening there and I don't think anybody really has their finger on the pulse of what's going on at all."

Which prompted this almost stunning string of words from Phillips: "I think (Russell's) report's fairly accurate, but nobody knows who is employed or not employed in that building right now, which is kind of wild."

Nobody knows who is employed or not employed in that building right now. The Redskins' season ended 11 days ago.