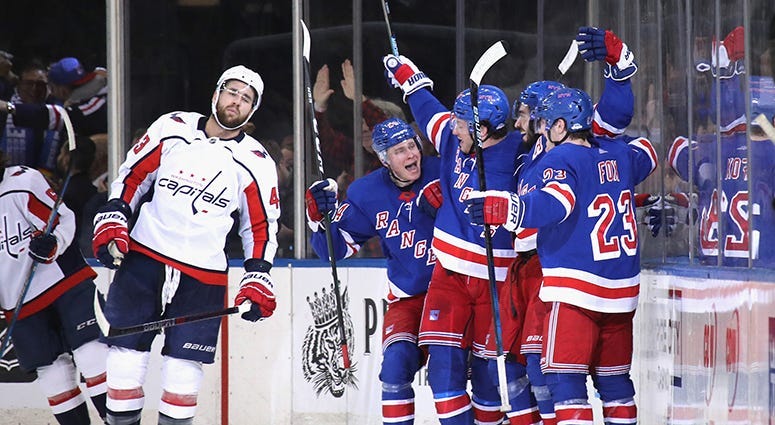 The Washington Capitals better get their game in order if they have Stanley Cup aspirations, analyst Craig Laughlin says.

"They've got to get their game in order. It's still not where they need to be," Laughlin told 106.7 The Fan's Grant Paulsen and Danny Rouhier during his weekly segment, presented by American Standard Heating & Air Conditioning. "If they are thinking Stanley Cup again, which I'm sure they are, they know their game is not where it is and needs to be right now."

Laughlin was asked if the NHL back-loading more meaningful divisional games into the latter part of the season benefits the Caps, in the way of helping them ramp up for the playoffs.

"One way I see it, yeah. I can see it both sides, though," he said. "I think the season, and you watch every NHL season and I'm sure it's the way with a lot of sports that play 82 or more games, at the start of the season the players are amped up. You see teams playing really well like the Caps were.

"Then you have a lull during the holiday season – I'd say like Thanksgiving all the way to January 1st – there's a lull in most teams' schedules and players are having a harder time to focus, and you can sometimes lose some games during that stretch. Then all of a sudden January, February comes around, you're getting back into it. But once February 15th comes around – I think Valentine's Day and on – it's game on, guys."

"And I think the Caps are at a point now that, yeah, I think at this point of the season it would be great if the Capitals were up 20 points in the Metropolitan, were leading the NHL, were this and that," Laughlin said. "Which they have been in the past, guys, and then they sort of just sometimes flounder through the last 15 or 20 games, and then all of a sudden the playoffs come and they're ready to go, most of the time."